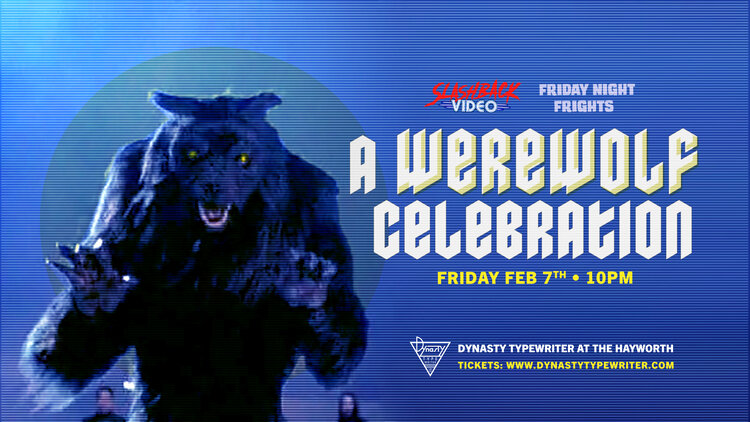 Yeah.  It’s really a thing.  A werewolf detective movie called Among The Shadows that stars Lindsay Lohan.  Here you go!  Have at it:

One can only hope that WolfCop shows up at some point and rights all of the wrongs within this movie.  Look for Among The Shadows in theaters nationwide on March 5th!  Just kidding, this dumpster fire is headed straight to VOD.  Yay!

Werewolves seem to be the forgotten horror villain.  Oh sure, Lon Chaney Jr. put everything in motion as far as werewolf movies go back in 1941 with The Wolf Man.  Then in the 80’s, An American Werewolf In London and The Howling broke the mold when it came to special effects as far as werewolf transformations go.  And don’t forget about the early 2000’s when Dog Soldiers and Ginger Snaps put their independent stamp on the sub-genre.  But we’re talking about 75 years of content here, and the werewolf movie seems to sputter more than spurt.  So how do we change that?  By putting werewolves on train of course!

Ooooooh that’s right.  Werewolves on a train are definitely in full effect in the upcoming horror flick called Howl.  Directed by Paul Hyett (who gave us the impressive debut, The Seasoning House), this new take on the werewolf story takes place on and off of a broken down train as a band of riders come together to fight off a lycanthrope or two.  The trailer was just released and it’s pretty awesome.  And it looks like practical effects are going to take center stage!  Check it out below and get ready for more updates on Howl soon.