One of the great things about 80’s horror movies were the trailers that would be released before the movie came out, and more specifically the voiceover that would accompany them.  The trailer for The Burning comes to mind as one of the better ones, but unfortunately for every good one – there’s a terrible one. Enter in the trailer for the low-budget slasher from 1981 called Don’t Go Into The Woods…..Alone!  You have to shout the last part of the title because of the exclamation mark.  Now granted, this movie is not good in it’s own right – but the voiceover in the teaser below is in a class all it’s own:

I commend the guy for trying to add a little bit of slam poetry to the voiceover, but I suspect that wasn’t his intention.  He sounds confused while reading it – and because of that it’s our gain because it’s unintentionally awesome.  God bless the 80’s.

“Something’s out there in the woods and it’s……killing people!”

I did learn from the trailer that Ingrid and Peter couldn’t believe that it happened to them, so there’s that I guess.  But all jokes aside, this is a great little slice of 80’s horror nostalgia and deserves to be seen by everyone with an affection towards that era.  So I salute you, voiceover guy from the Don’t Go Into The Woods…..Alone!  The horror world is a better place because of your inability to correctly read from a script.

Few actresses have ever shown their range and thespian abilities like Lynda Day George in the 1982 slasher movie, Pieces.  Such poise.  Such grace. Such gratuitous over-acting.  All of this adds up to one of the best moments in horror movie history.  Strap yourselves in and prepare yourself for: “Bastaaaaaaaaaard!!!”

Are you taking notes, Meryl Streep?  You damn well better be.  Lynda Day George took that to another level and we’re all better people for it.  You want to know the sad thing about that clip though?  It’s not even the best part in the movie.  Pieces is in another realm when it comes to bad horror, and I mean that in the most endearing way possible.  Unfortunately, the Blu-ray gods have yet to release this craptastic masterpiece, which is a god damn tragedy.  Seek it out on DVD if you can, and maybe you can surprise that horror movie lover in your life for the holidays! 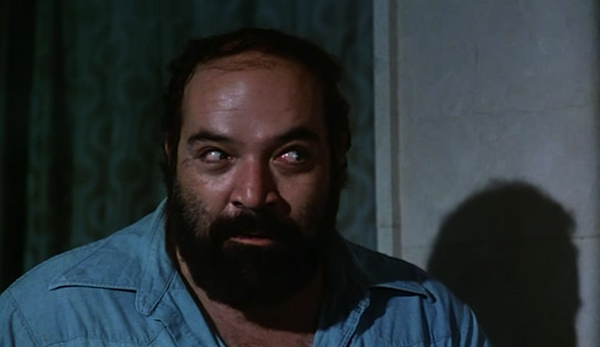