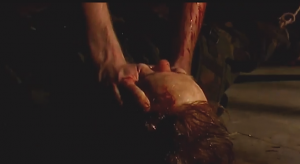 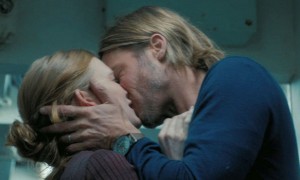 Why are we worried about a future zombie apocalypse when all we need to do is shove some tasty pies in their face to stop them?  Yes……one of the most ridiculous and intentional “funny” moments ever in a horror movie has to be when Tom Savini and his biker gang thugs don’t feel any sense of danger from the zombies that are moping around the mall. 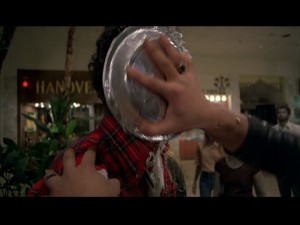 *isn’t it bad enough that JCPenny’s is closed?*

So, they run around messing with them and we wait for the Three Stooges to show up. At least they didn’t spray them with seltzer water – oh wait, they did. Do you think Zack Snyder is kicking himself for not including this in his remake?  You’re right – zombie baby was a much better addition.  Only question I have I guess is what kind of pies were they? Most likely banana cream or the delicious all whipped cream pie with no crust.  They could have at least given the zombies something good to taste, like blueberry or strawberry rhubarb.  So here’s to you George Romero, for injecting some delectable pies into your zombie movie and onto the zombies themselves!  Delicious!