Thankfully in my cinematic viewing life, I was drawn into foreign films a while back and after putting up a fight, was able to adapt to subtitles.  That’s when I discovered Park Chan-wook’s Oldboy, which in all honesty could be my favorite movie of all time.  He would follow that up with Sympathy For Mr. Vengeance and Lady Vengeance, before delving into the world of horror with his take on the vampire genre, giving us Thirst.  Well, now Park is ready to go Hollywood as he brings us his first US feature, Stoker, and luckily for us – the trailer has arrived!

This is already being argued as a “is it a vampire movie or isn’t it?” type of film and the trailer would suggest from a few neck nibblings, that it is.  But according to script writer Wentworth Miller (Prison Break), it isn’t.  So that settles that. 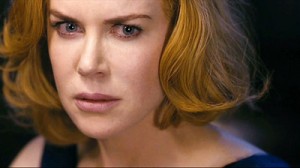 Here’s the quick plot synapsis for Stoker:  After India’s father dies, her Uncle Charlie, who she never knew existed, comes to live with her and her unstable mother. She comes to suspect this mysterious, charming man has ulterior motives and becomes increasingly infatuated with him.

Mia Wasikowska (Alice In Wonderland, Lawless), Dermot Mulroney (spoiler alert from the trailer: he dies), and Matthew Goode (The Lookout, Watchmen) also star. Personally, I’m all in on this one.  Not just because it’s Park Chan-wook…..well, actually that is the main reason I am all in.  Stylistically it looks amazing.  And renowned composer Clint Mansell (Requiem For A Dream, Black Swan), will be scoring it as well which only bumps it up a notch on the anticipation ladder.  Stoker has a release date of March 1, 2013 – but look for it to start popping up at film festivals leading up to that date.  Let’s just hope that it’s not all bark and no bite!  C’mon – I had to get one bad vampire pun in there even though it’s probably not a vampire movie, which would make my pun irrelevant…… 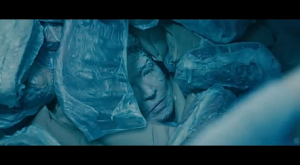 *mmmmm – I like my frozen old lady medium rare please*