As you stuff your mouth with candy corn tonight and watch the flickering candle in your poorly carved jack-o-lantern, you need something to watch or at least have on in the background as good spooky noise.  Now, I’ve already told you that the original Night Of The Demons and Halloween III: Season Of The Witch should be on your required list of movie watching on All Hallow’s Eve, but there are a few more to add to your bag of goodies.

Beginning with something a little more current, go and throw on Insidious for a good ole ‘what goes bump in the night’ time.  Uneven in parts, but still bringing that full on creep factor on more than one occasion, this supernatural flick sets the Halloween mood perfectly and did it’s job more than once on making me jump!  You’ll never listen to Tiny Tim’s “Tip Toe Through The Tulips” the same again, even though you probably never listened to it before in the first place. 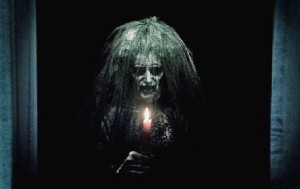 Let’s take it back to the first movie that ever truly scared me and is perfect viewing for a chilly Halloween night.  And that is none other than George Romero’s masterpiece, Night Of The Living Dead.  Even though we’re talking 1968 here, this movie still manages to scare me more than a lot of current horror movies, mainly because of the claustrophobic feel it brings with being trapped in an old farmhouse.  The shrieking of the Mom in the basement when her daughter slices her up with a gardening tool still sends shivers up my spine and reminds me of when I was 6 years old watching this on my grandma’s old kitchen TV. 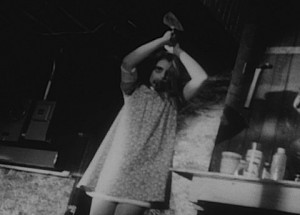 Next up, a personal John Carpenter favorite of mine besides Halloween (which btw is required viewing no matter what, so I didn’t feel the need to put it on this list), is The Fog.  What it lacks in common sense and plot, it makes up for in atmosphere and scares.  The knocking on the door still creeps me out, as does Tom Atkin’s moustache. Again, it’s all about the atmosphere here, which makes it definite required viewing for your Halloween night.  Just don’t make the mistake of popping in that sh*t remake that was made with Clark Kent. 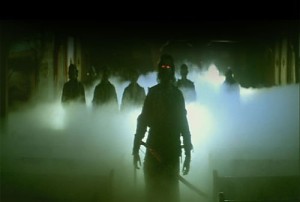 *alright!  now we can get this church ice cream social started*

And lastly, a movie that I recently re-watched the other night, quickly realizing that Michael Myers could definitely have some competition for the top spot of best “Halloween” movie of all time.  That movie would be Michael Dougherty’s 2007 opus to Halloween, Trick ‘R Treat.  Sticking with the theme of respecting the Halloween traditions (leaving a jack-0-lantern lit till midnight, checking your candy, etc), this anthology styled classic (yes, I said classic) leaves you wanting more after it’s 82 minute running time is over.  Introducing a new horror icon in “Sam” and also tying all of the loose ends up nicely in the end, Trick ‘R Treat really is a treat! (sorry)

*do I really have to smell your feet now?*

So there you have it.  More than enough horror filled movie entertainment to keep you busy on this Halloween night.  Enjoy and make sure you respect the traditions.  Or little Sam might be paying you a visit with some razor blade filled candy!  Or maybe he’ll just want to come over and play a board game – depends what mood he’s in I guess. Happy Halloween!!!!