Yes, Bruce Campbell confirmed at the Wizard World Nashville Comic Con (sounds like a fun time) that there will most likely be a sequel to 1992’s, Army Of Darkness.  And yes, a lot of people are excited about this news as they sport their horror boners around in proud fashion.  But I’m not in that horror boner posse unfortunately, and I doubt I ever will be. 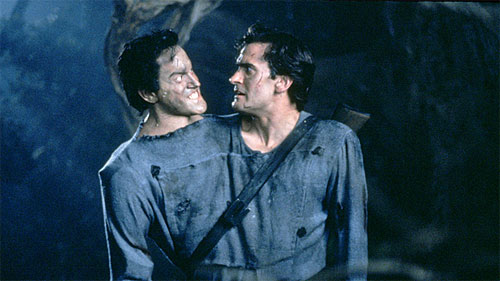 *Keep your gigantic chins up*

I said in the title that this rant would be short, so I’ll stick with that.  The time has passed for a sequel to Army Of Darkness.  The movie never really did it for me in the first place and I’ve stated before that I know I’m in the minority on that one (I much prefer the original Evil Dead and Evil Dead 2).  I love Bruce Campbell, but I just could never get on board with the Three Stooges schtick that was heavily abundant in Army Of Darkness.  And I have a feeling that the sequel would be even heavier on that schtick.  Not to mention that I’m kind of over the whole “let’s make a sequel 20 years later” formula. 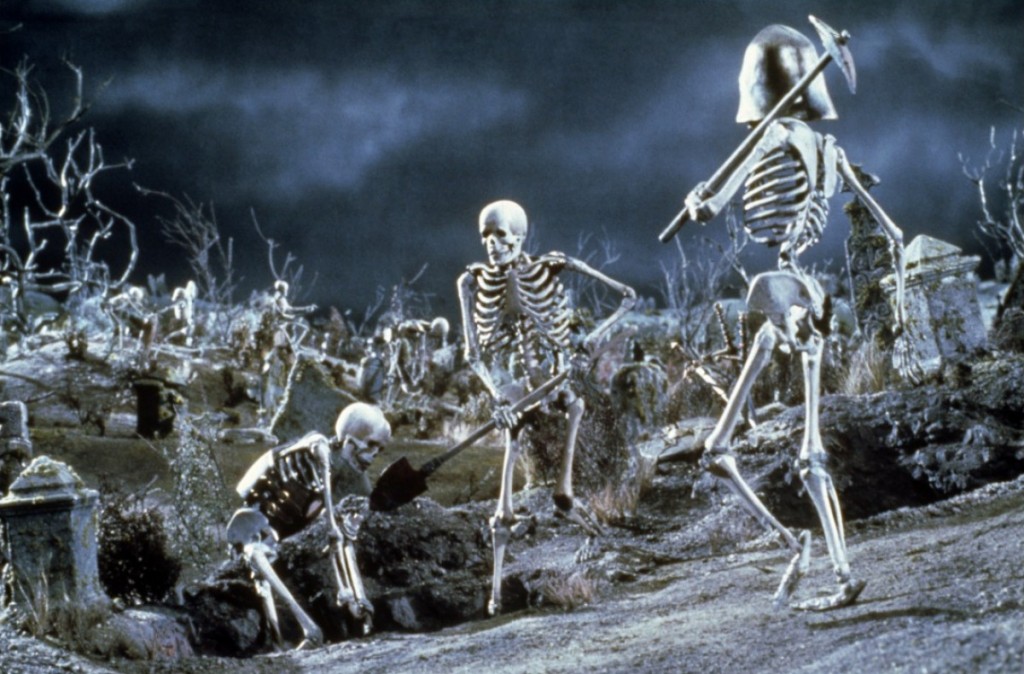 *I’ve got a few bones to pick with this scene*

I admire Sam Raimi for getting back to his horror roots and feel he nailed it with Drag Me To Hell, but I only want to see another Evil Dead entry if it truly brings the horror.  Just my preference.  And to me, if the new Evil Dead franchise is going to have sequels, it feels a bit odd to have sequels for the old franchise going on too.  Maybe it’s because it’s Monday and I’m a bit cranky, but I’m standing my ground on this Army Of Darkness 2 news.  Stand with me, or stand against me.  I’m throwing the hammer down!!  Actually….I’m not. It’s not that serious, people.