Here’s a quick little scenario:  times are tough, you lose your job, you need $4500 to make rent and support your family, and you’re extremely depressed about it.  So what do you do?  Maybe piss on your friend for a couple hundred dollars and possibly cut off an appendage for even more?  Seems logical to me.  Welcome to the new quirky little film, Cheap Thrills, that at times feels like a horror movie, but isn’t exactly a horror movie. 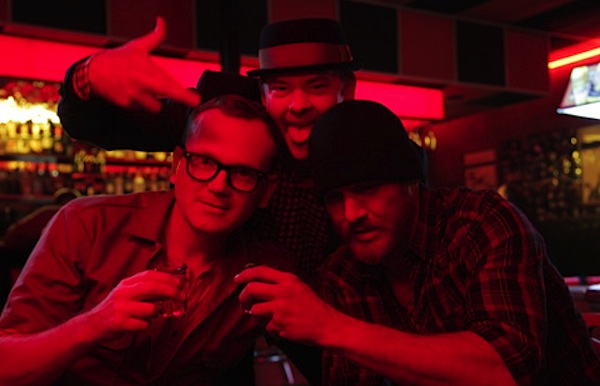 The story is fairly simple.  Craig (Pat Healy) has a wife and a newborn baby, is about to lose his job, and is also about to be evicted.  He needs a few thousand dollars fast and meets up with his longtime friend Vince (Ethan Embry) to drown his sorrows in alcohol at a local bar.  It’s there that the duo befriend Violet and Colin (Sara Paxton, David Koechner), a rich couple who begin to offer Craig and Vince money to perform acts around the bar.  It starts out simple as the friends are rewarded for taking shots, provoking women in the bar to slap them, and throwing a first punch on a massive bouncer in the street.  But what begins as a friendly competition for some extra cash quickly escalates, especially when the foursome take the party back to Violet and Colin’s house. 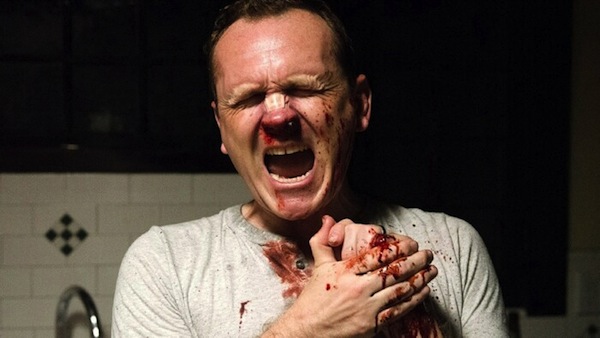 What makes Cheap Thrills so fun is that you know things are going to get out of hand.  At under 90 minutes, the pace is brisk and the ongoing schtick doesn’t wear out it’s welcome.  And in the third act, blood will flow, which is the area in the film that should make horror fans happy.  I won’t give away any of the gags, but you may find yourself dry heaving at certain parts.  All of my dry heaving enthusiasts just cracked a big smile.

David Koechner steals the show as the slimy instigator who clearly is getting off (literally in one instance) by feeding Craig and Vince cash to try and one-up each other.  Sara Paxton doesn’t talk much here, but does a good job playing the cute and mysterious wife.  I loved the interaction between Pat Healy and Ethan Embry, as their escalating resentment for one another and their friendship felt genuine and ramped up the tension when it needed some ramping.  The overall message of greed is evident, and it really makes you ponder what you might actually do for money if you were desperate enough. 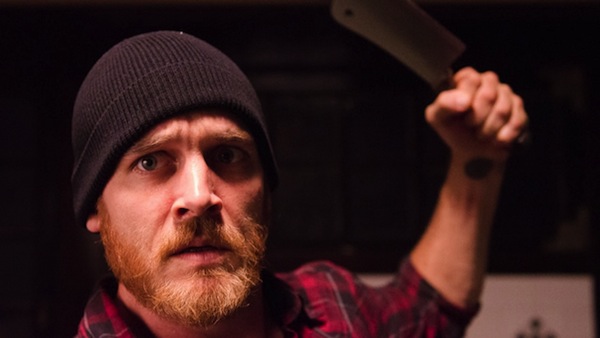 Cheap Thrills is easily my favorite surprise of 2014 so far.  Even if you don’t want to classify this as a horror movie, I’d be hard pressed to think you won’t get some enjoyment out of it.  A simple script, top-notch acting, and some gross-out gags are usually enough for me to recommend a movie and Cheap Thrills is no exception.  Seek it out, and if you’re out at a bar and your friend suddenly punches you in the face for no reason, just know that he might have pocketed $200 for doing it.