One of my favorite visual directors in the last 20 years is without a doubt Guillermo del Toro.  I remember watching Cronos shortly after it came out in 1994, and I was blown away by not only his take on the vampire story, but also just the detail within the movie that he crafted behind the lens.  I was an immediate fan, and the fan in me grew as his filmography grew with The Devil’s Backbone, Pan’s Labyrinth, Blade II, and the Hellboy movies.

So I was obviously very excited to see that his traveling personal museum ‘Guillermo del Toro: At Home With Monsters‘ would be making a 4-month stop in Los Angeles at the LACMA.  Full of artwork, memorabilia, and props from both his movies and just his personal collection at his home – this was a feast for the eyes.  I felt like I needed a cigarette after seeing it.

Below are just some of the pics taken at the exhibit.  If you’re in LA for the next few months, do what you can to go check it out for yourself.  And it may be coming to a city near you soon as well!  I do have to say that I appreciate del Toro’s healthy obsession with Frankenstein (I took the liberty to change one of the pics to black and white of him and his Bride), so that section was probably my favorite in the museum.  And seeing Santi, the little boy ghost from The Devil’s Backbone, in person was also a treat.  The pic I took doesn’t quite do him justice, but it will give you an idea.  Enjoy! 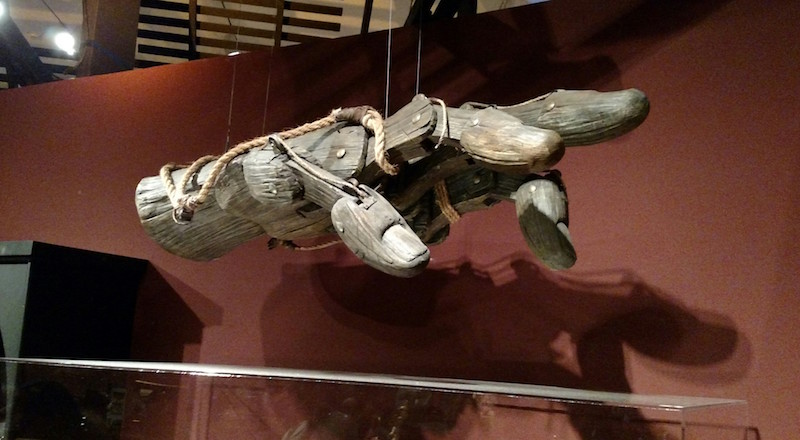 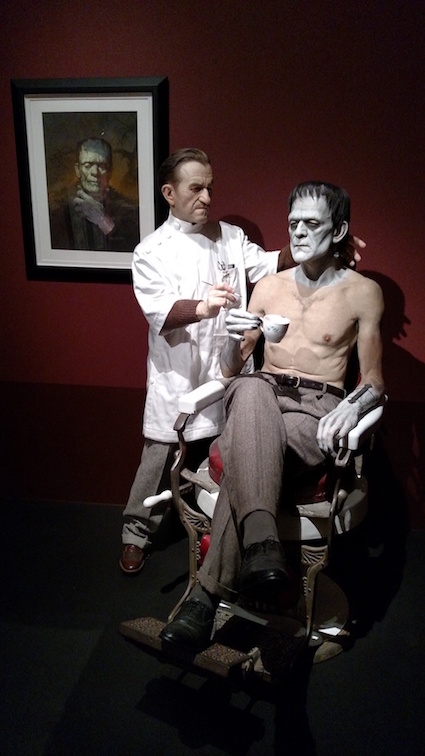 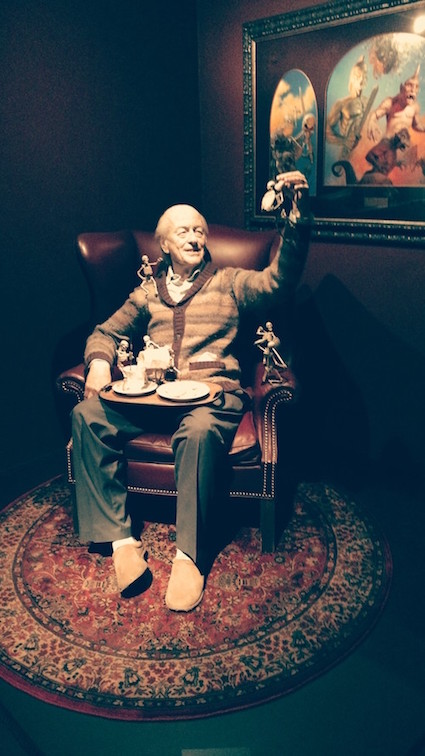 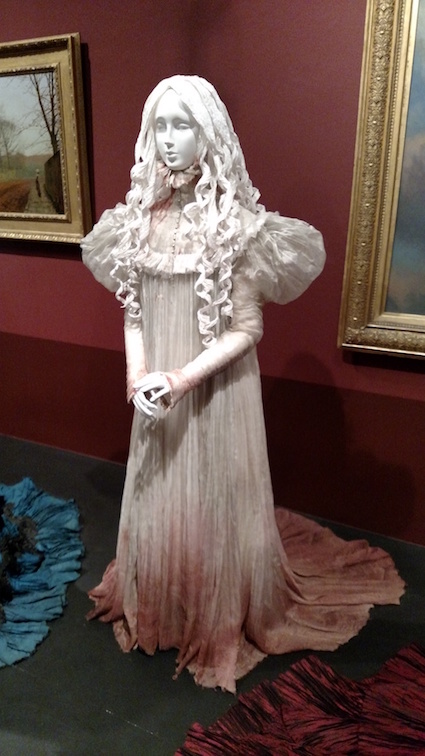 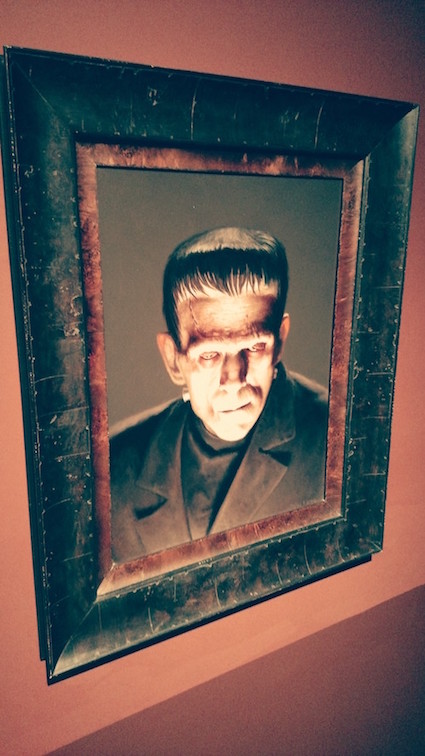 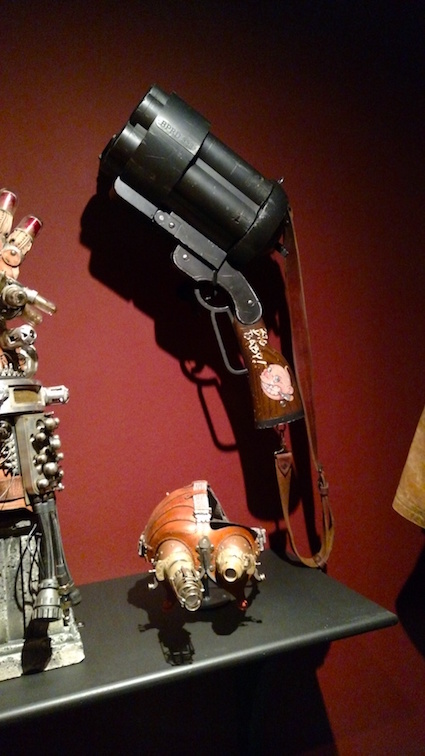 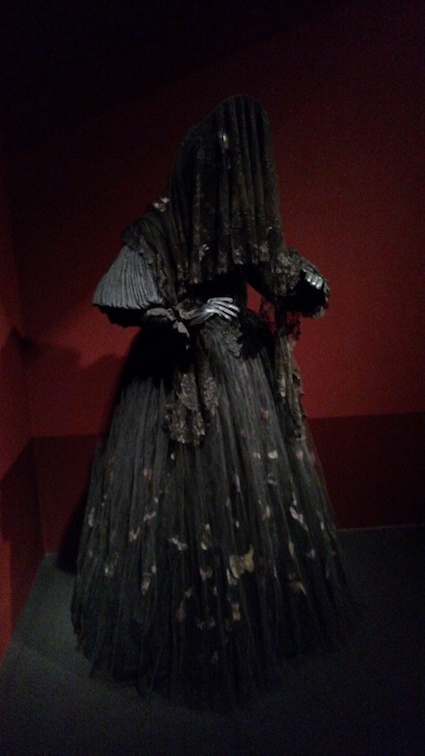 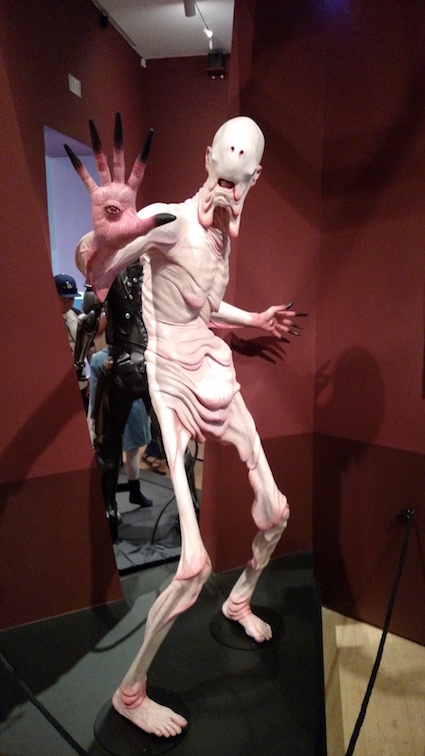 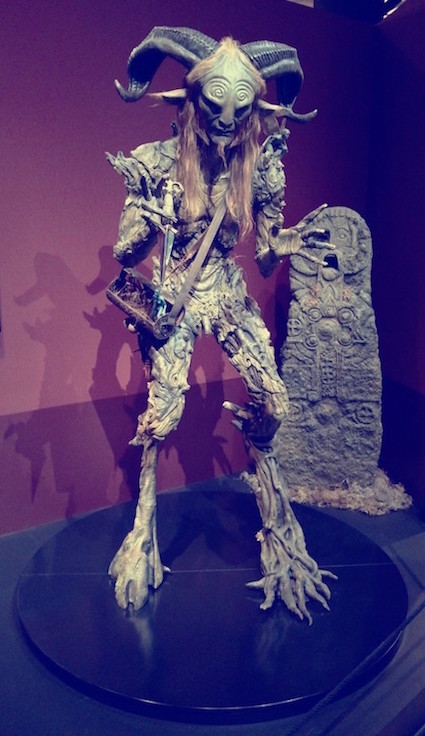 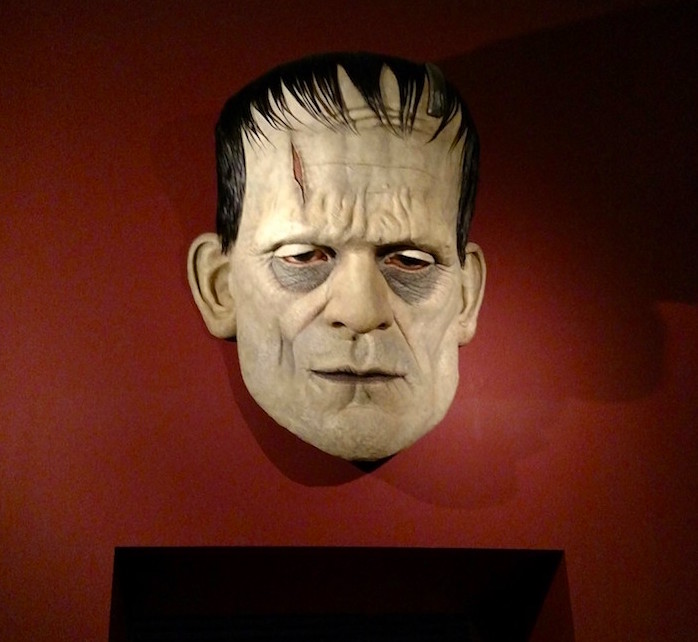