Alright.  Where to begin with this one.  First, let me preface this review by saying that I am a Rob Zombie fan as a filmmaker, and also a musician/entertainer.  And here’s how I stand on his previous movies in a nutshell:  I really liked House Of 1000 Corpses, loved The Devil’s Rejects, found his Halloween movies to be ok, and borderline hated The Lords Of Salem.  He is kind of the definition of a director that can’t seem to get out of his own way.  And seems a bit stubborn maybe as well?

Back when The Lords Of Salem was released, I saw a Q&A with Rob and Sheri where he said he was pretty sure he was done with horror movies.  At that time, he was focused on his hockey movie and anything horror-related seemed like a pipe dream for fans.  Fast forward a couple years and news pops up that he’s doing a movie called 31, which centers on Halloween night for it’s timeline.  Die-hard fans were excited, as it seemed as though Zombie would be getting back to his sweet spot of the straight-forward blood/boobs depravity that everyone relished in during his earlier films. 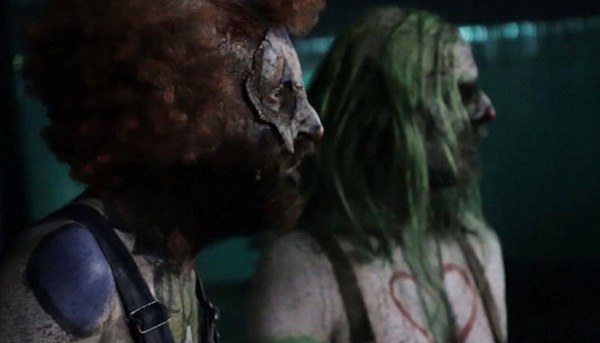 So here we have 31.  A pretty simple plot (if you want to call it that) about a traveling group of carnies (not joking here) in a carny-influenced van on Halloween that include Charly (Sheri Moon Zombie), Venus (Meg Foster), Roscoe (Jeff Daniel Phillips), and Panda (Lawrence Hilton-Jacobs).  While traveling a night, they come across a bunch of scarecrows in the road (very reminiscent of a scene in House Of 1000 Corpses) and while getting out to investigate – they’re jumped by a group dressed like Hamburglars and shuttled to a remote compound.  While tied up, they are welcomed to the game of ’31’ by our Master Of Ceremonies named Father Murder (Malcolm McDowell), wearing a nice powdered wig to boot.

So what’s the game of ’31’?  Father Murder declares that our group will have a timeframe throughout the night to survive while different murderous sickos try and kill them.  Odds are given on each of our carny characters to survive, and the game begins with introducing our first killer named Sick-Head.  Oh, in case you’re wondering…..Sick-Head (Pancho Moler) is a Spanish-speaking little person who is dressed like Hitler with a swastika on his chest.  I’m not making this up.  Rounding out our group of killers are Psycho-Head (Lew Temple), Schizo-Head (David Ury), Sex-Head (E. G. Daily), Death-Head (Torsten Voges), and last but certainly not least…..Doom-Head played damn near perfectly by Richard Brake (more on his performance later btw).

After the game of ’31’ is set into motion, the tempo obviously picks up with multiple games of ‘cat and mouse’ being played throughout the compound.  Zombie loves to get the most out of his set pieces (one of his strong points) and after an overlong and pretty boring sequence with Sick-Head, we get some pretty sweet visuals with our chainsaw wielding duo of Psycho-Head and Schizo-Head.  There is a lot of blood, stabbings, and the occasional unintentional cannibalism as 31 rolls along – all setting up the main appearance of Doom-Head later on.  Our contestants all try and do their best Arnold Schwarzenegger impression from The Running Man, but in the end I really didn’t care if any of them survived.  On the low, I was actually rooting for Doom-Head when it was all said and done.  Shrug. 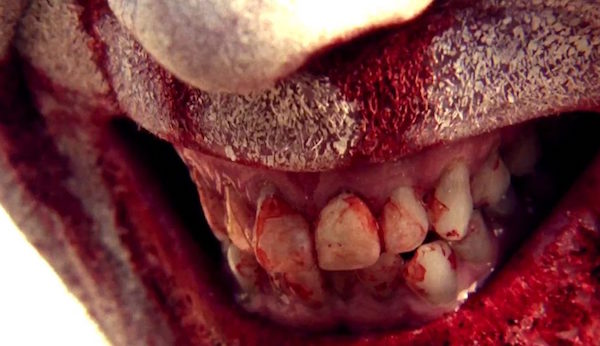 I guess I’ll start with the positives, or should I say the main positive:  Richard Brake as Doom-Head.  The opening of the movie is one of the best I’ve seen in a while, with Brake looking like he’s breaking the fourth wall by talking to the audience – when in fact he’s talking to one of his victims.  The dialogue is snappy and vile, and Brake sells it like a true madman.  Shot in black & white, this also gives it a bit of a punch and is my favorite visual from Zombie in recent memory.  Doom-Head is a character that sucks you into the movie, but then spits you out until he re-appears in the final 20 minutes to suck you back in.  A huge missed opportunity by not focusing 31 more on this character, as I would pay top dollar to watch a backstory movie based around Doom-Head.  Pat on the back to you, Richard Brake!  I can pretty much guarantee that since Zombie is a huge Universal Monsters fan that Brake’s look he gives at the end of his make-up application scene is a nod to Karloff in The Mummy.

Another positive would be something that I touched on earlier with Rob Zombie, and that’s the fact that the man knows how to use and find the visuals.  Something as simple as a marionette display made me smile, as did a strobe light effect scene with Sex-Head. Zombie has always had a flare for this, and it showed once again.  He does need to work on his action sequences though as the camerawork was so shaky during the fight scenes that I could barely tell who was winning or losing.

Ok – time for the negatives.  Oh, Sheri Moon Zombie – why do you continue to act?  Ok, I get it Rob – she’s your wife, and I guess if I had a wife who liked to act (notice I said like and not could), I suppose I would feel inclined to put her in my movies too.  But her expressions alone during tense scenes are laughable (the ending of this movie comes to mind), and it took me out of the movie entirely.  And why did they feel the need to give Lawrence Hilton-Jacobs a Jamaican accent?  Sounded like a bad impersonation of Terry Alexander’s character from George Romero’s Day Of The Dead.  I do dig Jeff Daniel Phillips though and thought he had some good moments here. 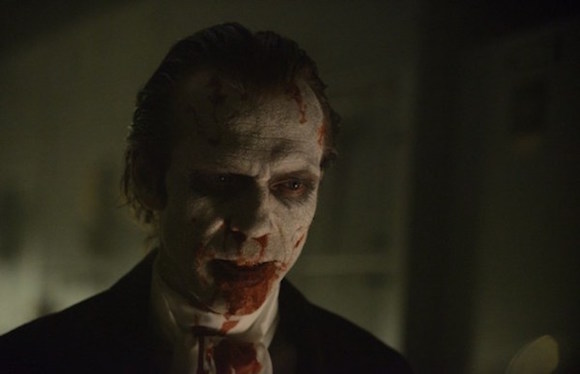 My main problem with 31 is that I just didn’t care about any of the characters and even worse, didn’t care about any of the killers either (with the exception of Doom-Head of course).  Everything just seemed so lazy, with a perfect example coming at one point in the movie when Doom-Head kills one of the contestants and you expect him to say something clever as he stands over their body.  And he says: “Fuck you.”  Groan.  I know part of Zombie’s schtick is the the whole ‘white trash’ gross out humor as well, but here is just seemed so forced (most of the actual jokes fell so flat).  Zombie needs to learn how to develop his characters and actually tell a story.  He did it well in The Devil’s Rejects, but it’s been a struggle since.  At the end of 31, you have no clue why anything was really going on, and even worse – you don’t care.

After watching the stellar Don’t Breathe last week, my experience with 31 was a huge downer.  Honestly, it could have been really good – but the final product as I mentioned earlier, just seemed so lazy…..even down to the names of the killers.  As I said, I’m a big Rob Zombie fan so I will continue to support him no matter what – but he might want consider getting a different writer to jump on his next project and a different lead actress. Having said all of that, I can recommend 31 for the sole reason of Richard Brake’s performance.  He definitely created a new horror villain out of what is a forgetful movie experience overall.  And something else I learned while researching him as an actor is that he plays the leader of the White Walkers on Game Of Thrones!  Now that’s how you end things on a positive note.