If the last few ‘found footage’ horror movies have left a bad taste in your mouth (I’m looking at you Blair Witch), then there’s a little treat that I’m about to throw your way.  And that treat is called The Dark Tapes!

Set up in the same vein as the V/H/S franchise, The Dark Tapes bounces back and forth with four different stories, each with their own theme and creepy vibes to give you willies and make you have a little faith in ‘found footage’ movies again.  Is it perfect?  Well, no.  But there’s enough to love here and you can tell that director/writer/producer Michael McQuown and his co-director Vincent J. Guastini are passionate about the genre. 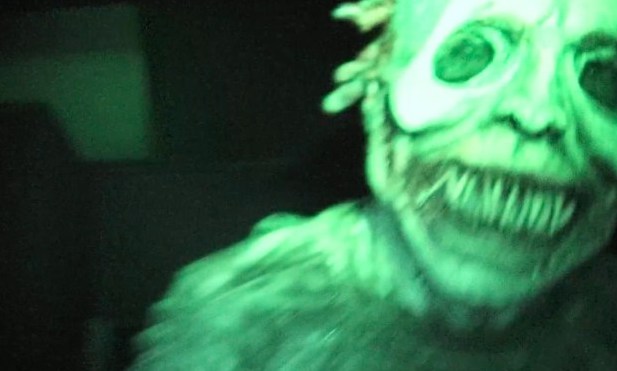 So what’s The Dark Tapes about?  It starts with To Catch A Demon: A story that begins the movie and pops up in between each of the other stories throughout the 98 minute runtime.  Here we have a group conducting a sleep experiment to attempt to bring out a ‘sleep demon’ from another dimension.  The first time we see the demon, I’m not gonna lie – I jumped like a little bitch.  The sound design is top notch as well.  If you’re looking for some intense, jolting, scary fun – then this is the story for you.  My only complaint is that it didn’t need to be shown throughout the entire movie.  It could have stood alone and probably been more effective.

Next up is Hunter & Hunted:  My favorite of the bunch that was damn near perfect and honestly on par with the best I’ve seen in a ‘found footage’ anthology movie.  A couple moves into a house, things go bump in the night, and they hire some Ghost Hunters to figure everything out.  What happens next is twisty and turny and downright morbid.  But I like it like that!  After that story ends, we get more of To Catch A Demon before being introduced to some hot and creepy cam girls in the next story called Cam Girls.  It’s an appropriate title.  The hot girls were a plus, the acting was a little suspect in this one though.  It tells the story of two girls (also a couple) who do a webcam show and choose one lucky (or unlucky) viewer to perform a task for them.  A good gore gag saves the day here, but Cam Girls was a minor letdown after the previous story.  It still had enough going for it to recommend though.  Did I mention it had hot girls? 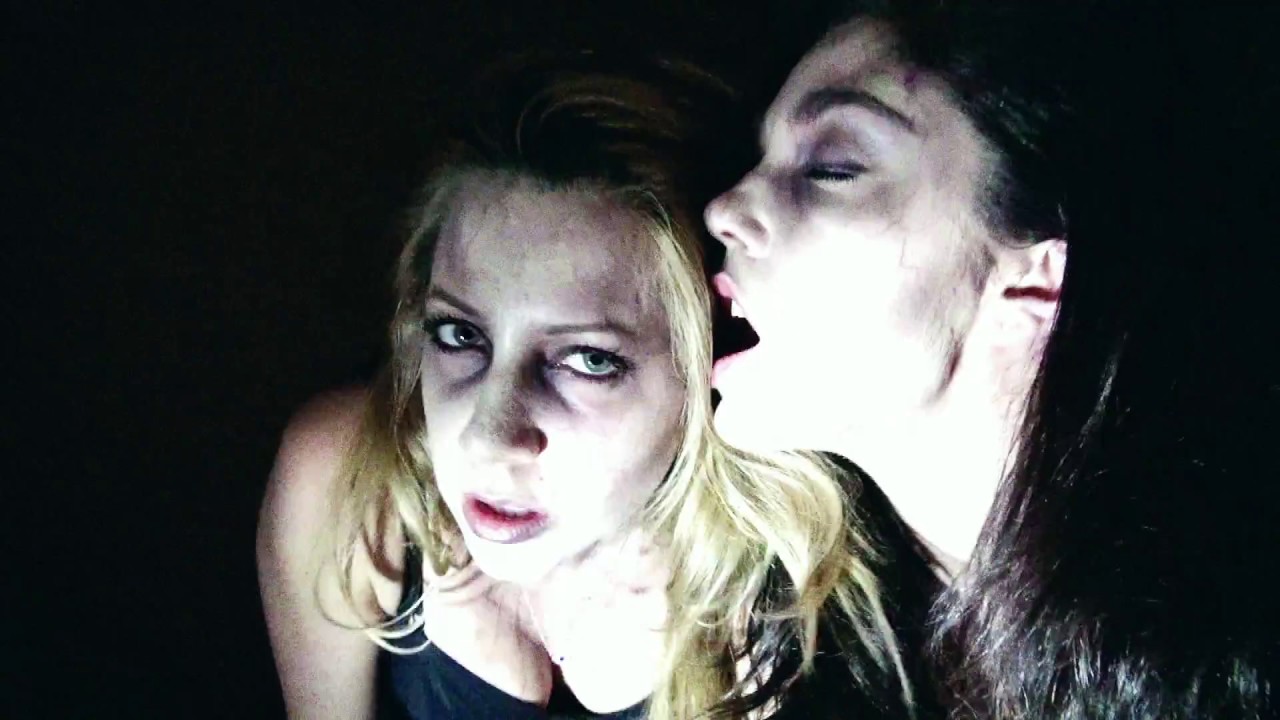 Last up is Amanda’s Revenge:  A tale about a woman basically raped at a party and then afterwards, is terrorized by alien-like figures who experiment on her.  Unfortunately, this brought things to a screeching halt and should have been left out of the movie entirely because it killed the flow.  The acting is poor and the story just never seems to get interesting or come together.  Luckily, the other three stories make up for the lacking substance in being put forth here.

In the end, I honestly enjoyed The Dark Tapes way more than I thought I would.  The whole ‘found footage’ genre has been a bit played out for me, but this actually gave me a few good stories and some good scares to boot!  Director/writer/producer Michael McQuown definitely has an eye for horror (this film definitely makes the most of it’s minuscule budget), and I’m looking forward to see what he and Vincent J. Guastini have in store for us in the future of their horror universe.