This was my first time attending this particular haunt, so I wasn’t really sure what to expect.  Lucky enough to come to ‘Media Night’ and bypass the $40 parking charge (yikes), I was actually pretty impressed overall with the experience – especially the effort and talent of the actors involved.  What makes Dark Harbor a little different from your standard haunted house adventure is that some of the mazes (there are 7 in total) are located on the actual Queen Mary, a retired ship from the 30’s that is said to be haunted.  Spooooooooky.

One of the mazes called Feast, takes you through the bowels of the ship as you try to make your way through the dark hallways while a demented chef and his crew lurch and lunge out at you from the shadows.  Although it was crazy hot inside, the maze was pretty effective – especially when it’s almost too dark to find your way to the next area.  Claustrophobic much?  Overall, all of the mazes were very long (maybe too long?) and the scare actors impressed me with their dedication to their characters.  That’s one thing you don’t really get at Universal Studios Hollywood.  On the downside, some of the set pieces were kind of cheap and lacked any real imagination.  A little more detail could go a long way, but overall I dug all of the mazes and respected the ‘old school haunted house’ feel that they all shared.

One thing you must do while you’re there (besides eat) is go to The Meat Locker bar……a bar so cold and frigid (7 whopping degrees) that you have to wear a big-ass puffy coat to go inside.  And while inside, you can gaze upon the severed body parts trapped in the ice blocks and also have a taste test of numerous flavored vodkas (glazed donut for the win). 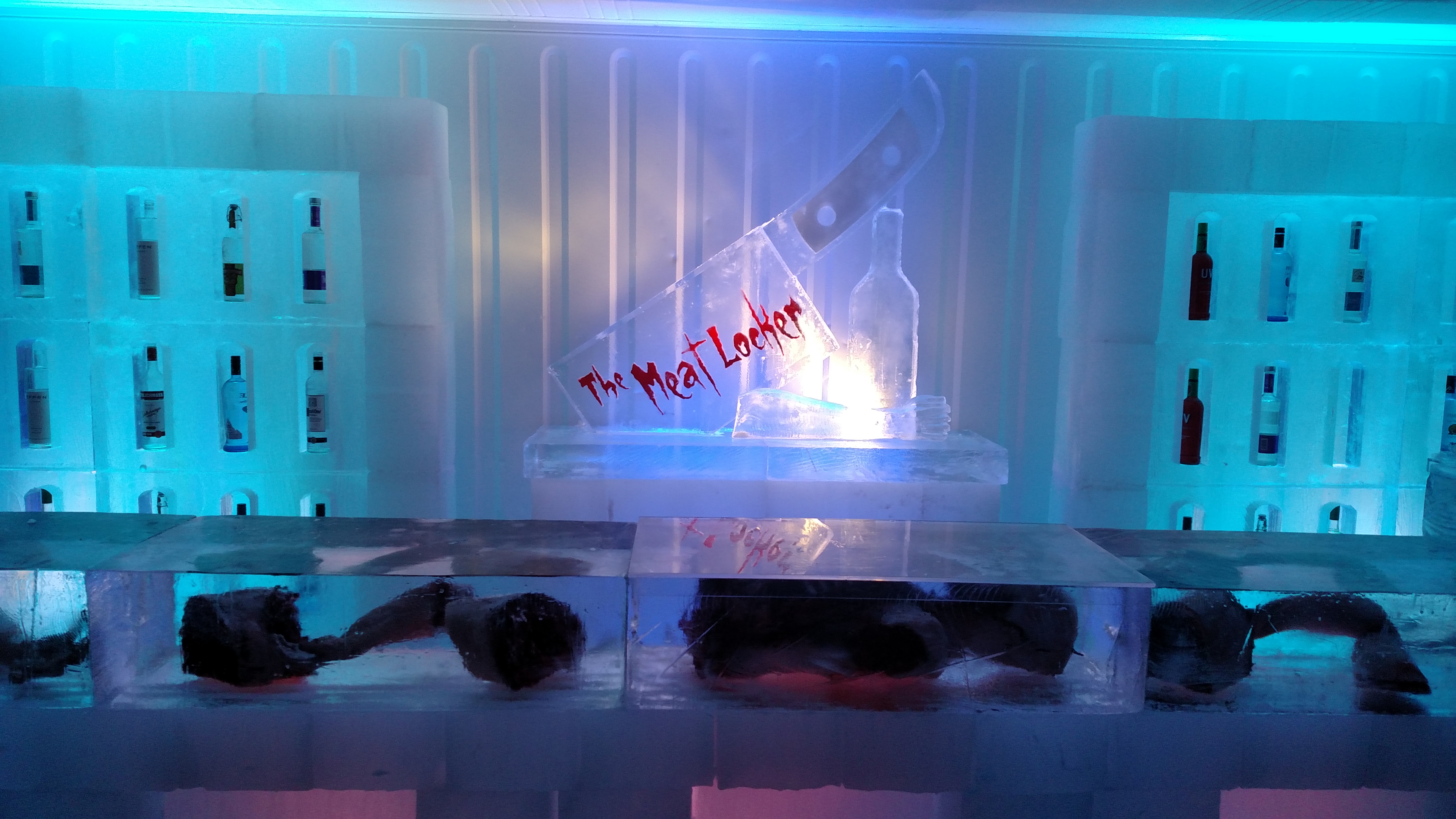 All in all, The Queen Mary’s Dark Habor satisfied my Halloween haunt urges, mostly for the performances put forth by the actors and crew involved.  Even though it was opening night, I would recommend them dropping the price of parking because it seems from the recent Yelp reviews that the attendees are none to pleased with that.  Parking gouging aside, kudos to all involved with the experience and kudos to that glazed donut vodka that I drank inside The Meat Locker!