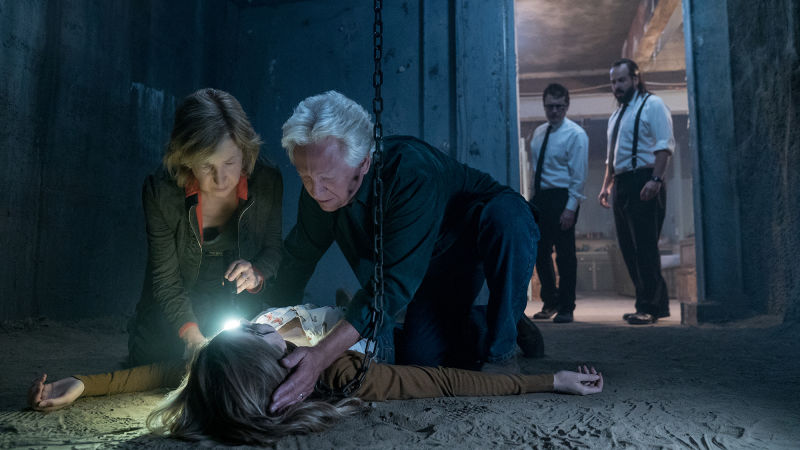 I mean, look……I love skeleton key fingers.  They’re pretty cool.  But, this prequel to the original Insidious fell flat with everything from the acting to the scares.  I also love Lin Shaye…..I just felt she wasn’t strong enough to carry the film and make this a worthy entry into the franchise.  I fell asleep in the theater, so that should say something.  Needed more skeleton key fingers (shrug). 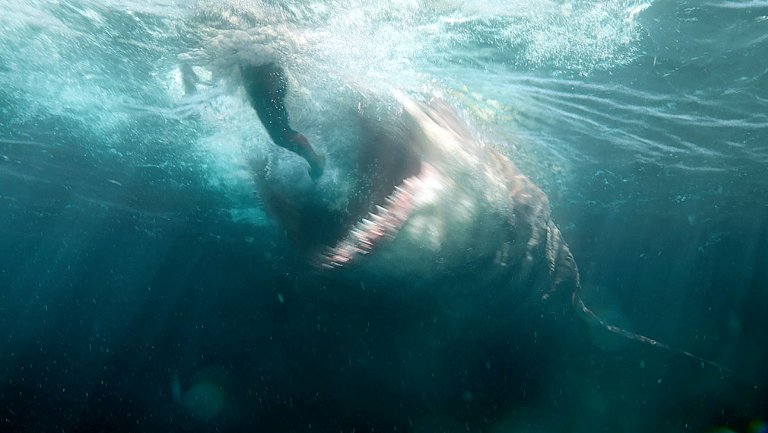 Woo hoo!  A giant 75-foot long megalodon shark wreaking havoc on tons of unlucky H20 lovers!  What could go wrong?  Wait…Huh?  Not a lot of blood???  Lame ass kills on and off-screen???  Jason Statham doesn’t get into a kung-fu battle with the giant shark??? Boooooooo.  Yeah, I wanted Piranha, but with a ginormous shark.  I can admit it.  The real tragedy besides Ruby Rose’s acting, is that The Meg is almost 2 hours long.  Bite me. 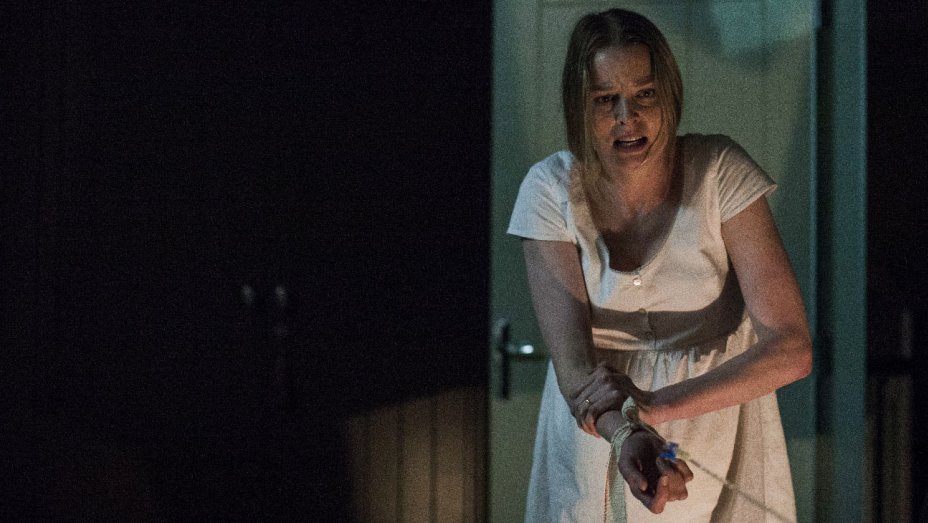 Oh – an American remake to the 2007 French film Inside (À l’intérieur), which just happens to be one of my favorite movies (not just horror) in the last 20 years?  What could possibly go wrong??? (sarcasm heavily detected)  I don’t really have much to say about this movie in the way of anything good.  In fact, I don’t even want to call it Inside anymore.  It’s disrespectful to the original.  So this remake will forever from this point forward, be known as Poop.  Yeah, I’m 5-years-old. 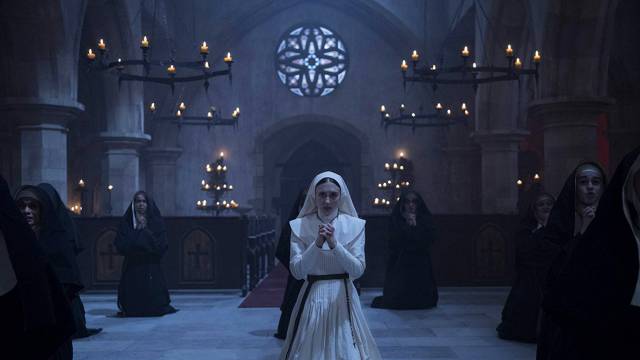 Hold on, please.  Where’s my holy water?  Oh, there it is.  Now I can splash it all over this abomination of a horror movie and entry into The Conjuring ‘universe’.  I’ll be blunt – I despised this movie.  Maybe one or two atmospheric shots aside, nothing worked.  When The Nun makes me want to go watch the original Annabelle movie to rinse the bad taste out of my mouth, you know something foul is amiss.  But maybe it’s not as bad as my #1 worst horror movie of 2018……

Holy sh*t!  (the holiest) Well – this doesn’t happen very often, but what we have here is a horror movie so bad that it’s taking both the #2 AND #1 spots!  To be honest, I really don’t like to hate on horror films.  But I hate laziness in general, let alone in my favorite movie genre.  When you have a creepy and intimidating villain in Valek, and you don’t know what to do with her……it’s frustrating and hugely disappointing.  Jump scares are fine (although heavily overused), but oh the opportunities that were missed with utilizing Valek. Less is more.  And the less I see of The Nun ever again, the better. 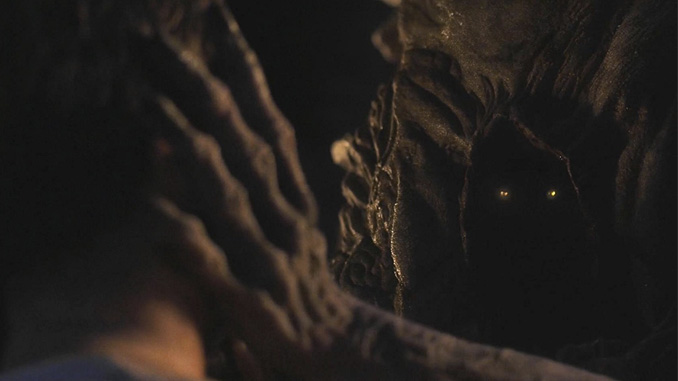 Released on Netflix back in February, I had almost forgot how much I loved this movie.  A group of friends hiking in Scandinavia, creepy pagan rituals (hence the film’s title), and an ending creature that tickled my horror bone.  I realize that the whole ‘pagan ritual’ storyline isn’t original, but director David Bruckner gives us some disturbing atmospheric visuals that accentuate the overall top notch acting.  If you haven’t seen it, hit me up for my Netflix login and I’ll make that your Christmas present.

Shhhhhh.  Don’t tell me that A Quiet Place shouldn’t be in my Top 5.  This is actually the only horror movie this year that I saw twice in the theater, and in my opinion….it enhanced the experience even more because of the absence of dialogue.  If you were one of those unlucky moviegoers that had a crowd full of disrespectful talkers though, I feel for you.  Kudos to Josh Krasinski (behind and in front of the camera) and Emily Blunt (his on and off-screen wife) for bringing the intensity with their roles.  The kids did their thing too.  Overall, a refreshing ‘monster’ movie that utilized the lack of dialogue to near-perfect execution.

Ok – here we go with possibly my first ‘controversial’ pick.  The rub here, is that Dario Argento’s original 1977 masterpiece is in my Top 10 of all time.  So here we have the remake……a remake that I scoffed at quite aggressively from day one.  But…..I actually really dug it.  Director Luca Guadagnino doesn’t emulate Argento or really copy/borrow anything from the original.  He puts his own visual and storyline stamp on it, which could have been close to perfect – if not for some questionable casting choices for certain characters.  But, somewhat muddy script and acting aside – Suspiria didn’t lose my interest and it sports one of the best death scenes ever captured on film (and a pure bonkers ending as well).  It’s all about them witches. 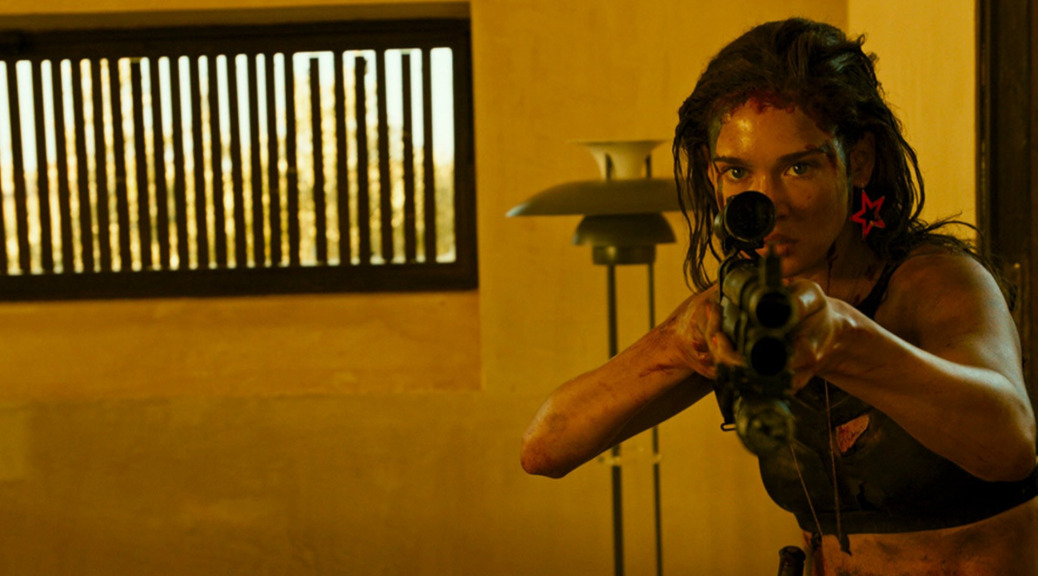 It’s always those French movies that make my stomach turn (in a good way).  The premise for Revenge isn’t exactly new (attractive girl gets sexually assaulted, is left for dead, then survives to get her…..well, just look at the title of the movie).  Writer/director Coralie Fargeat not only brings the brutality, but does it in such a pretty way.  The visuals and camerawork were just the cherry on top for me, as were the much appreciated practical effects splattering onto the screen.  Several times I had to look away from the movie, so that alone makes Revenge a worthy entry into the #2 spot.  Now what could #1 be???? 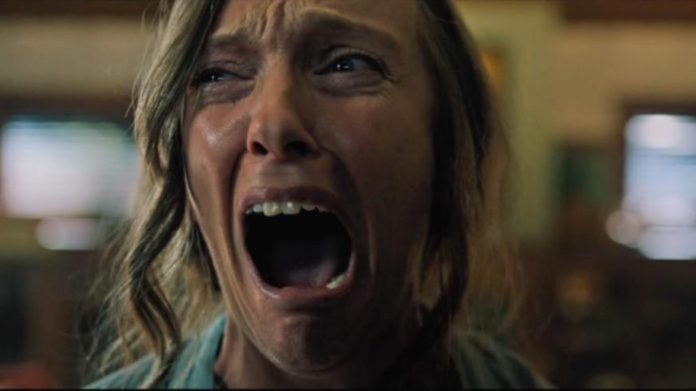 Oh yeah!  It’s that movie that divided the nation and had people passionately arguing about whether or not it was good, scary, or made any sense at all.  Ok, maybe ‘dividing the nation’ was a bit of a stretch, but Hereditary was definitely the horror movie this year that you either loved or hated.  For me personally, as you can tell by it’s placement here, I loved it.  If Toni Collette doesn’t get an Oscar nod btw, it will be a tragedy.  I was engrossed with this movie from the opening shot, and the last 20 minutes were so unnerving and creepy that I left the movie wanting to immediately take a shower. Hereditary is not for everyone – but it was made for me, and I thank everyone involved for that. (click, click)

Oh – but wait, Tony.  Where’s Halloween??? While I liked it and had a fun time in the theater, I didn’t LOVE it.  I was even slightly disappointed.  But it would be on the tail end of my ‘Best Of‘ list this year.