As the inflatable witches and pumpkins stood at attention on the stage at The Parish in Anaheim’s House Of Blues, John 5 was about to descend upon the eager attendees.

Now, I’ve seen John 5 play with Marilyn Manson back in the day (who he had a 6-year stint with) and most currently as Rob Zombie’s guitarist (who I’ve seen more times than I can honestly count right now)……but I had never seen a solo show from him.  And dammit if he didn’t blow my fucking mind for an hour and a half! 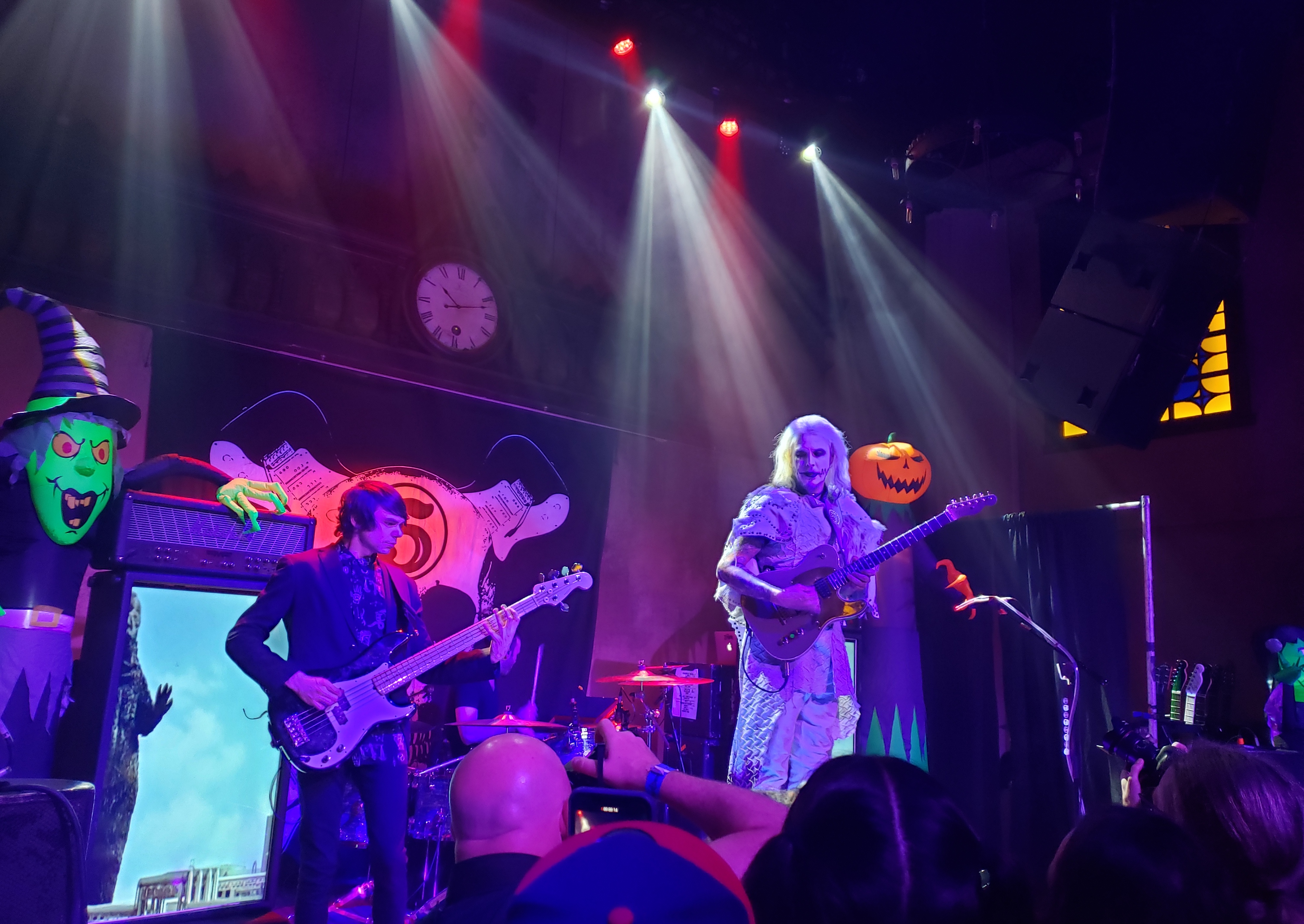 Being that I’m a huge horror fan (hence this blog), John 5’s style is comfortably in my wheelhouse.  The aforementioned inflatable Halloween decorations on the stage, randomly awesome horror movie clips playing in the onstage video monitors, and of course…..John himself.  Dawning numerous costumes and horror-inspired looks throughout the night (a mummy and glowing skeleton face to name a few), he ripped and shredded (literally on a ridiculous amount of guitars, included a glowing liquid-filled specimen) through the set and had the crowd in awe from the start when he opened with one of his original songs, ‘Season Of The Witch‘.

From then on, he blasted through his catalog with old and new instrumental goodies…….and stopped to do the occasional cover, when at one point he told the crowd “Let’s get weird…..” and tore into his rendition of Michael Jackson’s ‘Beat It‘.  Oh, and did I mention the 20 minute jam session/medley of some of the greatest ‘guitar riff’ songs in history? 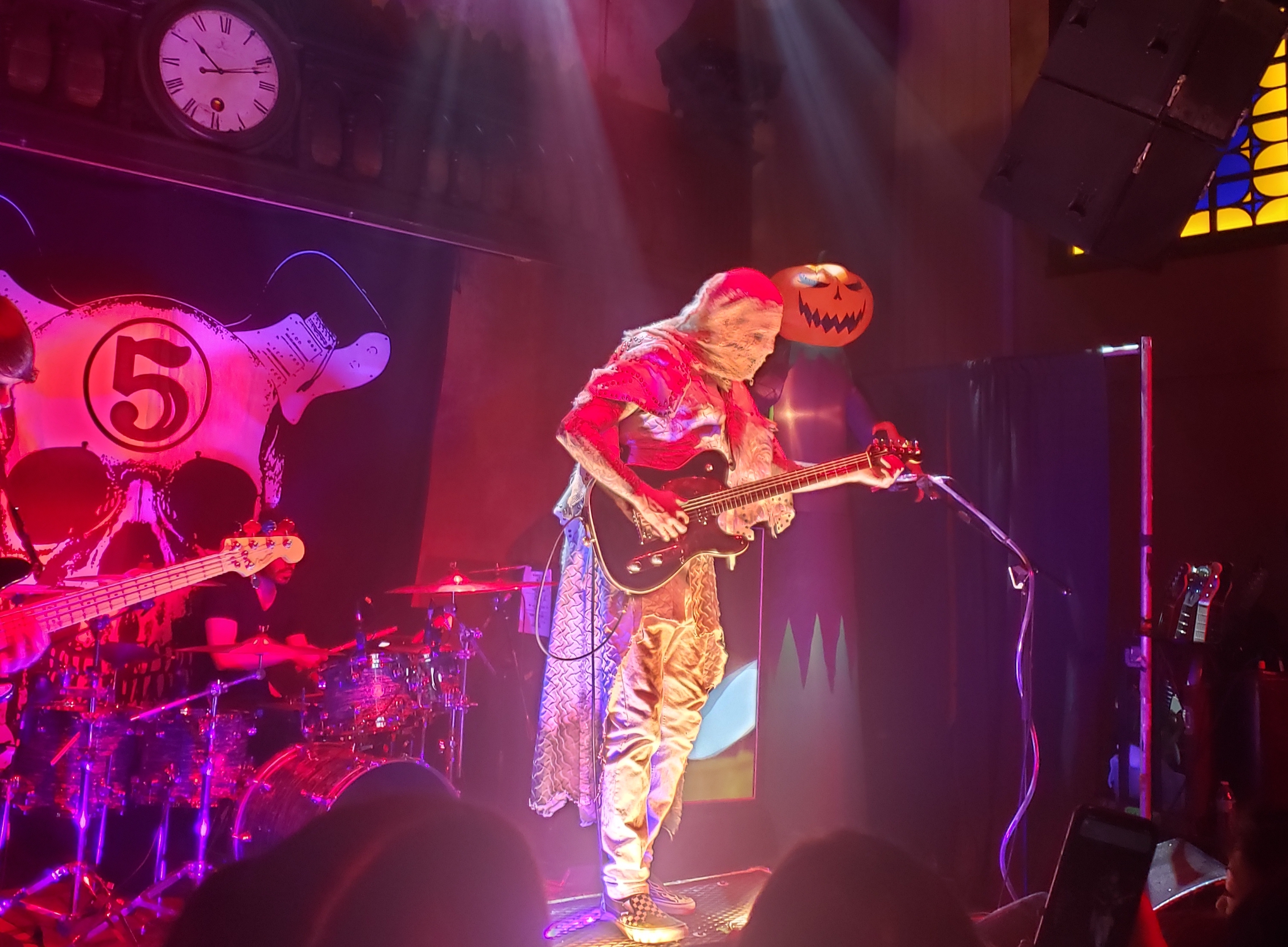 Did I mention there were at least two fights in the crowd AND what looked like a 1-year-old baby that was perched in the air at one point, almost like a sacrifice?  That says something I think when you are THAT determined to get to a John 5 show and forego any babysitting options.