Spoiler Alert:  My favorite movie of 2019 was technically NOT a horror film.  But, there were quite a few pleasant surprises on the horror front this year.  And, there were some stinkers as well.  Let’s get to those stinkers first, so you can disinfect before I get to the good stuff. 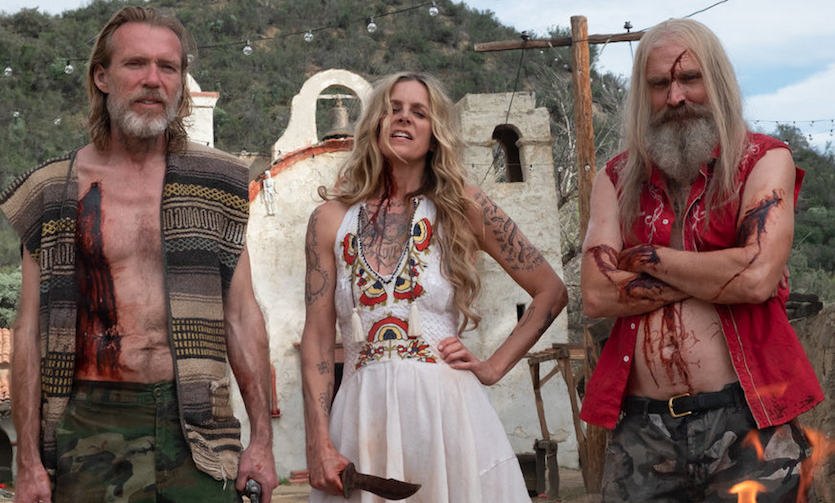 When I was done watching 3 From Hell in the theater, I thought to myself “This wasn’t so bad“.  But after a few months of pondering and a re-watch of it’s predecessor The Devil’s Rejects, I came to terms with the fact that Rob Zombie really missed the boat as far as doing this sequel when Sig Haig was in better health.  While Bill Moseley did his best with the return of his character Otis – it was the Captain Spaulding character that was severely missed.  At least there were some luchadores in it. 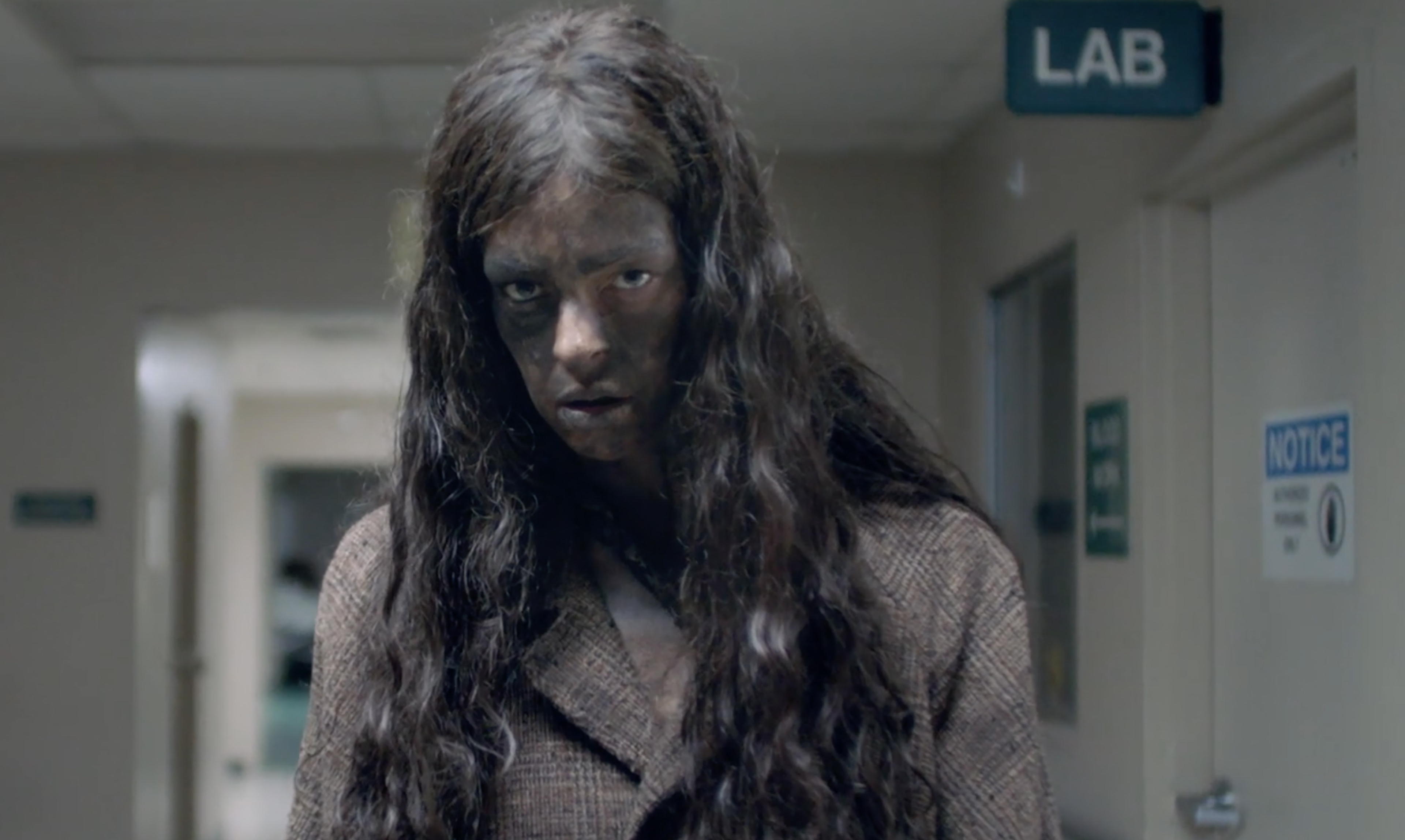 The 2011 film The Woman (directed by Lucky McKee), still remains one of my most underrated horror movies that had actress Pollyanna McIntosh giving a powerfully disturbing and grotesque performance as a feral woman captured and chained in a cellar, in hopes of being civilized.  Enter into 2019 with Darlin’, a straight sequel to The Woman written and directed (and co-starring) McIntosh.  Much more tame than the previous installment, Darlin’ isn’t a terrible movie – but quite boring and honestly groan-worthy for a lot of its runtime (including some forced comedy). 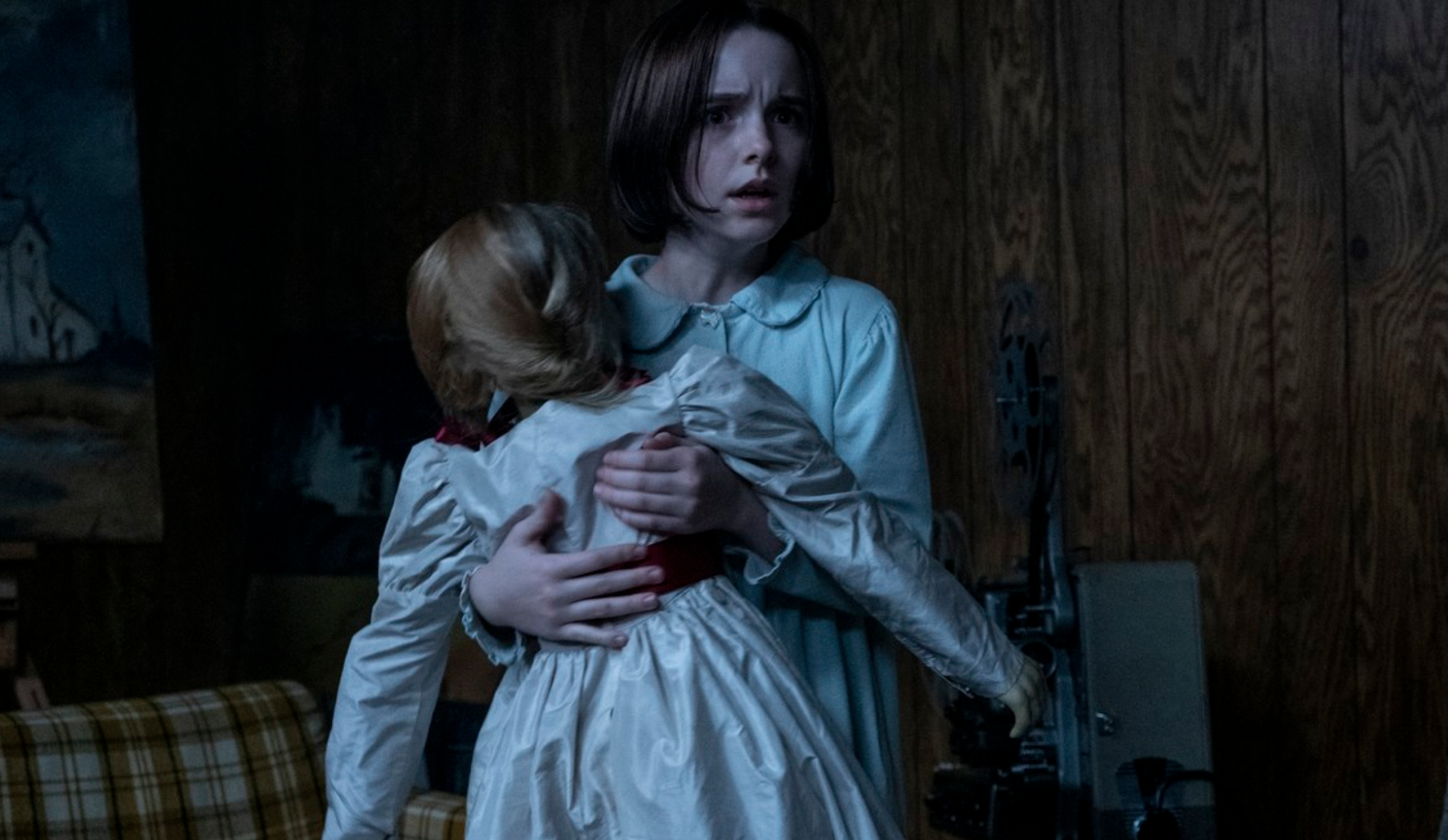 I think I literally almost fell asleep three times while watching this sequel to the far superior Annabelle: Creation.  Not even the return of Ed And Lorraine Warren could bring life into this underwhelming addition into the Conjuring universe.  Annabelle should have stayed in the glass case for sure this time around – and how do you screw up a chance to pull off some great scares with the Feeley Meeley game???  All around, just a bunch of missed opportunities and lame jump scares.  Meh. 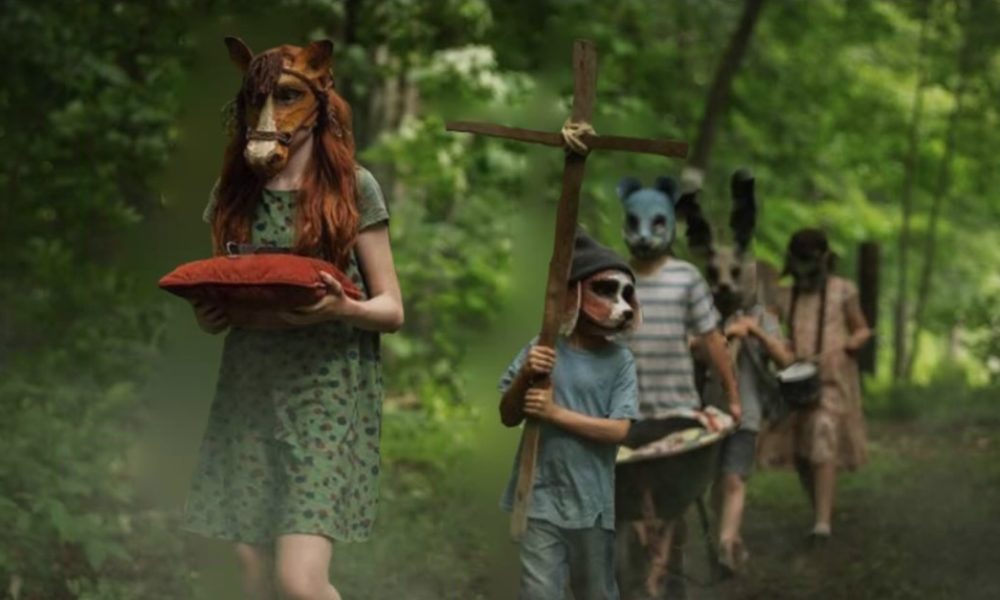 Speaking of lame.  I honestly went into this reboot/remake with an open mind.  I already knew from the trailer that it would be different than both King’s book and the original movie.  But where were the scares???  Call the original what you want, but it still has scenes that give me the creeps to this very day.  The new Pet Sematary was competently made from a technical standpoint, but I literally forgot about it the day after I saw it.  Nothing was memorable.  An unfortunate misfire on all levels.

1.  The Curse Of La Llorona

How?  How do you fuck up this story so badly?  I went over this in my original review, so I’ll spare you the full retread.  In short, the folklore behind La Llorona is ripe for the picking as far as creating an effective and super scary movie.  Unfortunately, we have none of that here.  I think the only thing I liked about this movie was the first 5 minutes where we see The Weeping Woman drowning her children.  After that, The Curse Of La Llorona went off the rails.  Slowly, stupidly, and boringly (is that a word?) off the rails.  Please, no sequels.  Or I shall be the one weeping.

Probably not on a lot of people’s ‘Best Of‘ lists due to the scarcity of where it was screened, but I personally couldn’t shake The Lodge after I saw it.  It’s dark, disturbing, mean-spirited, and for some……too slow 😉  But for me, I loved it – even if there was some suspension of belief tied to the storyline in parts.  Directors Veronika Franz and Severin Fiala create a sense of dread and leave you trying to figure out not only what’s really going on, but also how it will all wrap up.  I guess it would be considered a Christmas-themed horror movie on some levels, but keep the kids away. 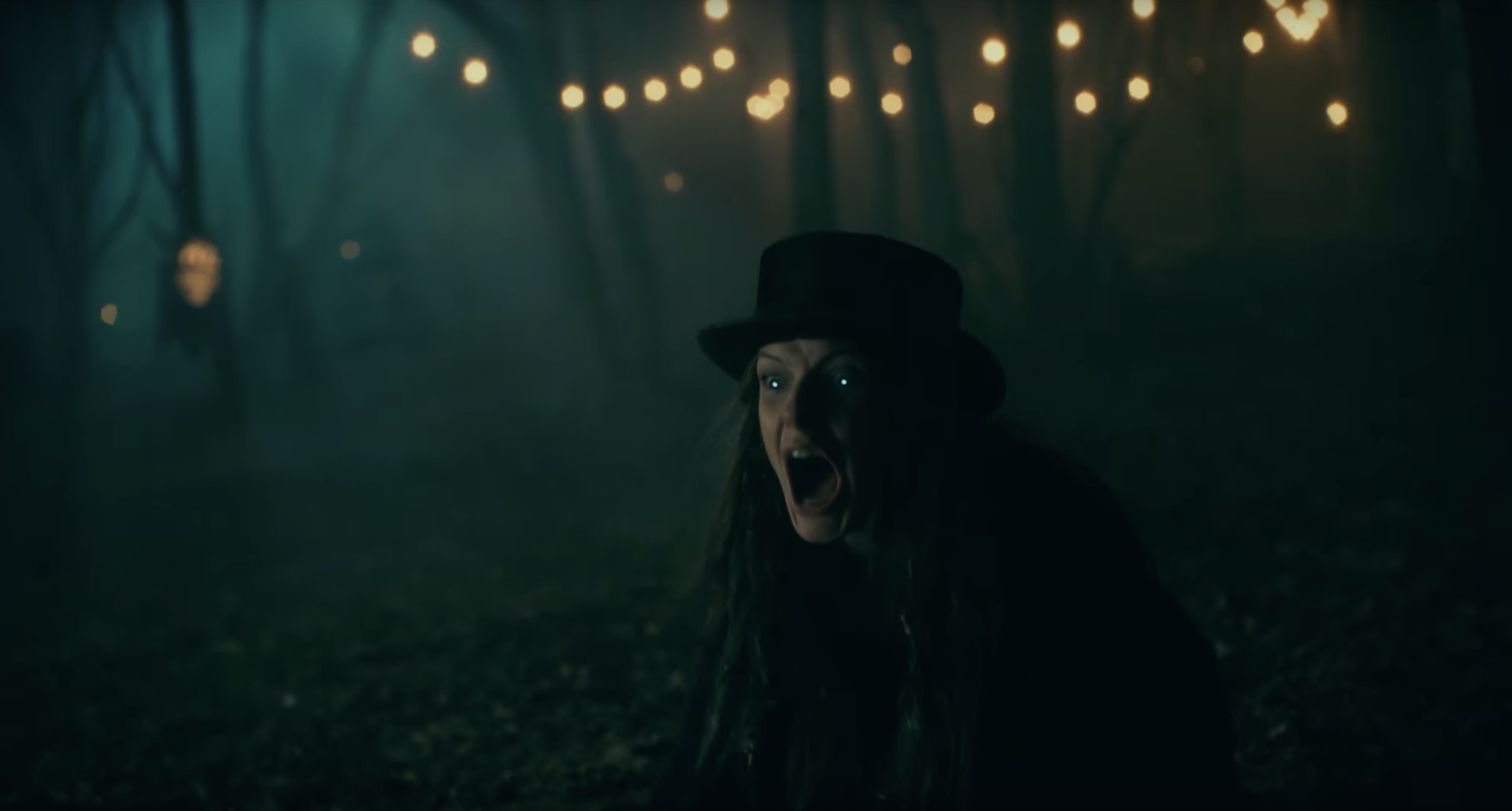 While I’m still getting the sour ground taste of Pet Sematary out of my mouth, low and behold Doctor Sleep comes along and redeems my faith this year in Stephen King books adapted into movies!  Directed and written for the screen by Mike Flanagan, the man can really do no wrong as far as his filmography goes.  He captures the book perfectly, but also balances the line as far as staying true to the original Stanley Kubrick movie version of The Shining and giving a sequel to that as well.  I can admit that I liked the movie version of Doctor Sleep more than the book, which is a good thing.  Now does anyone know where I can get my hands on some good steam?? 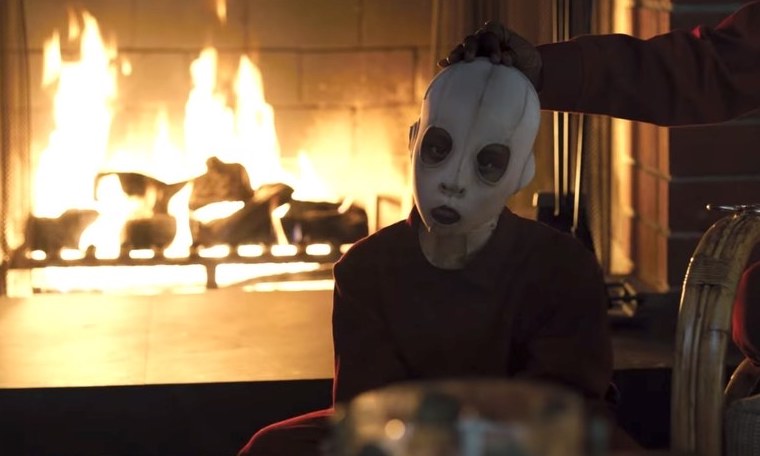 Blasphemy!  Us is your #3 horror movie of the year???  I don’t think there was a movie that divided horror fans more than this one.  Let’s applaud Jordan Peele for trying something different, even if it didn’t stick the landing as well as Get Out and even if he was influenced by other movies (spoiler alert – most directors are influenced by other movies).  Us wasn’t perfect, but I enjoyed the hell out of it and the performances (specifically Lupita Nyong’o) and it’s not a bad thing if a movie has you talking afterwards or looking up clues and explanations as to what was going on.  I’m ready for your next movie, Mr. Peele. 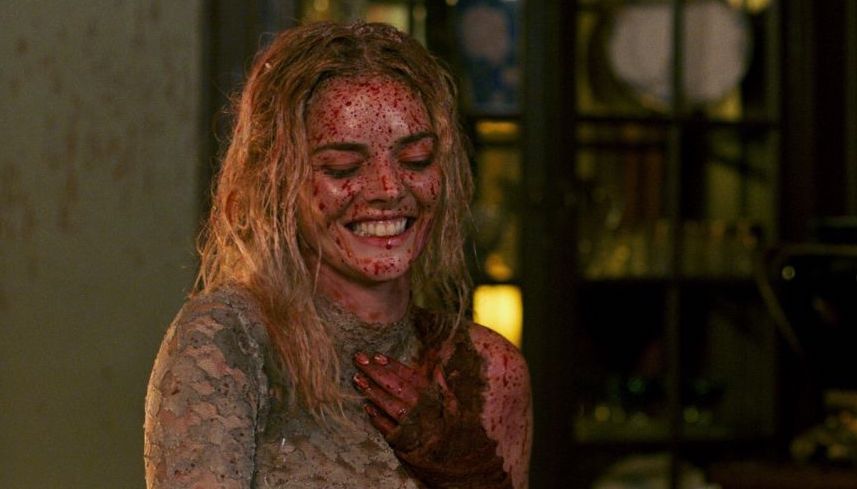 Well, this was a surprise.  I knew Ready Or Not looked fun from the trailers, but I wouldn’t have bet on it being in my #2 spot.  But here we are and here Ready Or Not is, and for good reason.  A perfect balance of horror, comedy, suspense, and did I mention there’s quite a bit of blood?  Yeah.  Lots of blood.  Directors Matt Bettinelli-Olpin and Tyler Gillett know how to entertain the audience here, as does lead actress Samara Weaving.  Her manic expressions towards the end of the movie alone are worth a watch.  Probably my biggest surprise of the year (ahead of the Child’s Play remake) – and just try getting the ‘Hide & Seek’ song out of your head when you hear it. 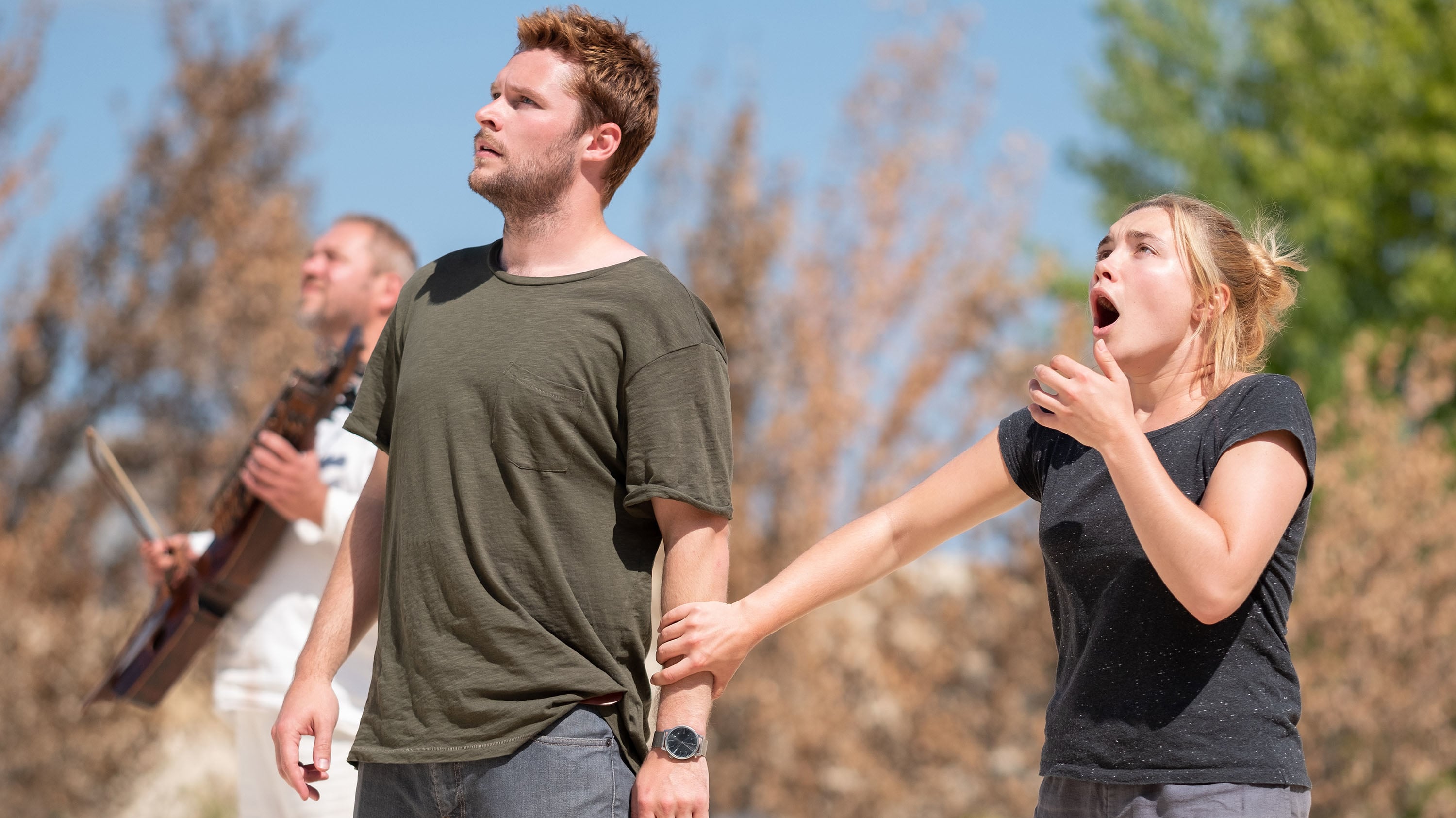 I guess the only question is will Ari Aster complete the hat trick next year for my ‘Best Of‘ list if he puts out a movie?  I say this because Hereditary took the top spot last year, and this year it’s Midsommar.  Again, much like Jordan Peele’s two movies – I don’t really want to compare Aster’s first two offerings.  Midsommar didn’t quite do what Hereditary did for me, but man oh man – was it something to see.  I felt like I was actually in Sweden while watching it (without meatballs unfortunately) and the usage of daylight for most of the movie made some of the scenes even more disturbing.  Midsommar’s not for everyone, and the weirdness even made me uncomfortable at times – but it did enough to earn my top spot this year for 2019!

For the record, as I stated at the start, my favorite movie of the year is not technically horror.  Although the name might sound like it.  Yes, Parasite was my #1 overall.  Can’t recommend it enough, so seek it out – even if you have issues with subtitles.