Severed penises are never a laughing matter and continue to plague men across the world every year.  One of the most famous cases of this terrible occurrence happened in 1987 somewhere in a remote junk yard where a homeless man was just trying to take a leak when he suddenly had his manhood literally taken from him.  And after it was taken, it was tossed around like a football and to add insult to the injury, it was accompanied by goofy music.  Luckily we have video proof of this, but please be warned that it’s not for the squeamish:

So why did the severed penis miraculously change colors, mostly between grey and yellow, while it was being tossed to and fro?  I’m no doctor, but that doesn’t seem like a healthy severed penis.  And it was pretty remarkable that the victim wasn’t bleeding out after the initial cutting.  Yes, the infamous dick toss scene from 1987’s Street Trash made a rare appearance on Sunday Bloody Sunday and the world is a better place because of it.  Guard your jewels fellas, or you too could be a spectator at your very own penis tossing extravaganza. 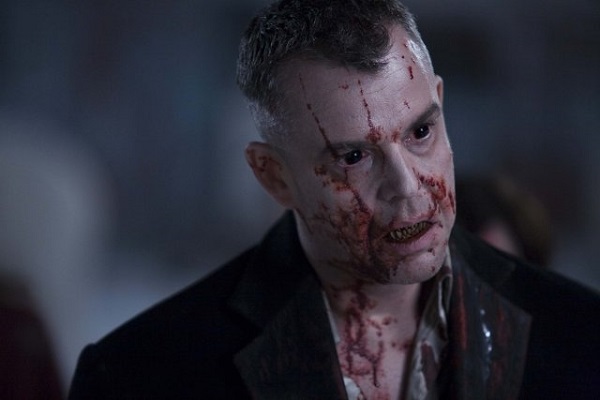 To be fair, I think that’s been the only ‘katana sword demon slaying on a motorcycle scene’ ever in a movie.  But yes, that gem of a clip is from Lamberto Bava’s 1985 classic gorefest – Demons.  I don’t even know where to begin with the awesomeness in this one.  We could start with the fact that George has some serious motorbike skills and effortlessly rides along top of the movie theater seats, which somewhat defies physics.  Then we can get into the impressive sword mastery that he puts forth, all while maintaining his balance and speed on the bike.  Add in the metal track ‘Fast As A Shark‘ from Accept, and you can’t help but grin from ear to ear at everything involved here.  As a matter of fact, let’s watch it again! 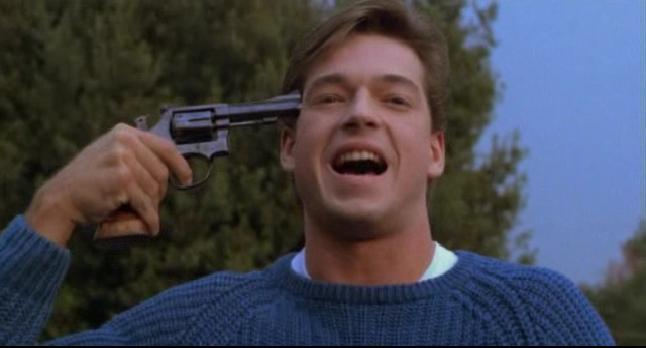 Diapers.  You might need one after you watch this clip below.  You know those goofy internet videos that your friends try to get you to watch where everything is calm and then some spooky loud noise and image scares the shit out of you?  The nursing station scene from 1990’s The Exorcist III is the originator of that.  No matter how many times I watch it.  No matter how many times I know what’s coming.  I still jump.  It’s seriously one of the best orchestrated horror jump scares of all time.  Ok, I’ve yammered on long enough – roll it!

Whew.  I actually get a little hot and bothered in a horror kind of way when I watch that.  But enough about my personal issues, the bottom line is that The Exorcist III is a decent sequel, but the nurse scene is on a whole other level. They should have just looped that scene over and over for an hour and a half and intercut a clip or two of George C. Scott for good measure because he’s so awesome.

*Best cleaning lady ever!  Even the ceilings get done!*

Talk about blowing your load too early.  2002’s Ghost Ship did just that.  I remember the first time I saw it and I was in definite “Holy Shit!” mode after seeing the opening scene.  It was jaw-dropping indeed, but then after it, I think watching some Sea Monkeys have sex would have been much more entertaining.

So this week on Sunday Bloody Sunday, I’m giving you the opening scene from Ghost Ship where a lot of partygoers get sliced in half by a wire cable.  The scene gets a lot of cheers, but also a lot of boos afterwards because the rest of the movie turns into complete shit.  This also marks the first time that I’ve put a video up on Sunday Bloody Sunday because the point usually is to give you the scenes in picture form, like the good ol’ days.  I like to keep you on your toes though, so rejoice below with me in what is hands down one of the best opening horror movie scenes ever!  Gotta love the shot of the one woman reaching over to her severed lower half, trying to somehow put herself back together.  Silly broad.