Pffft.  Bullets are for suckers.  As least that’s what Michael Myers thought when he was shoving a shotgun into a helpless Kelly during 1988’s, Halloween 4:  The Return Of Michael Myers.  And in keeping with the Halloween theme this month on Sunday Bloody Sunday, that’s where we’re going this week.

Michael Myers is a bit of a jokester.  True story!  See, in the scene he “pretends” to be a deputy while he sits in a rocking chair as Kelly unknowingly brings him a tasty hot beverage.  You can click the link below to see what happens next, but as you probably already know, she gets a gut full of shotgun barrel!

I dig this death scene because it’s a little different as far as Michael Myers killings go.  He pretty much went bat shit crazy in this sequel that included everything from electrocutions, head smashings, and my personal favorite:  a big thumb to the forehead.  I have a soft spot for Kelly’s death though, but not as soft as the spot where Michael thrust that shotgun into on her body.  Ba-da-dum!  Sorry, these shotgun death scene jokes aren’t as easy to come by as you’d think…… 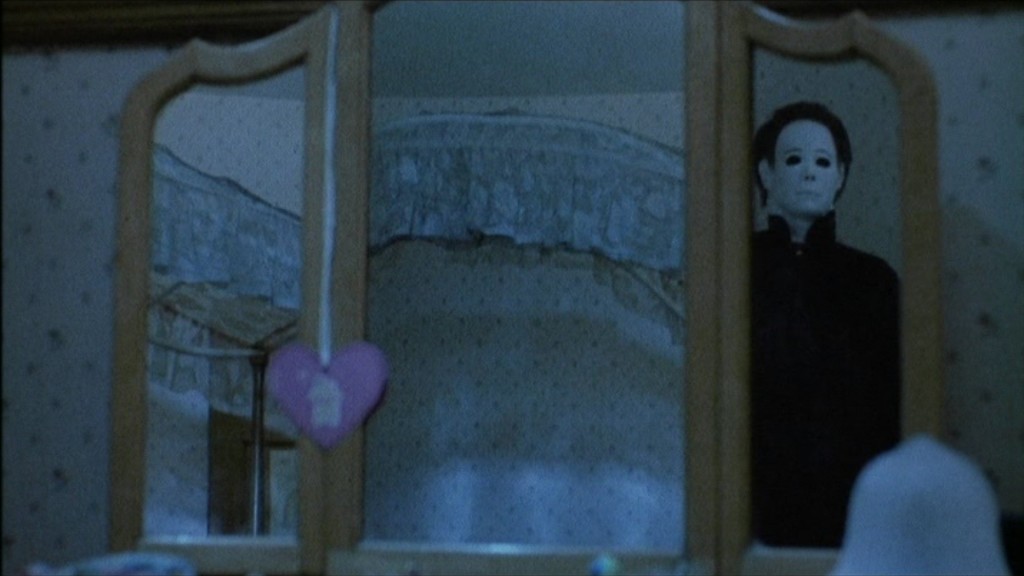 *This mirror makes me look fat :(*