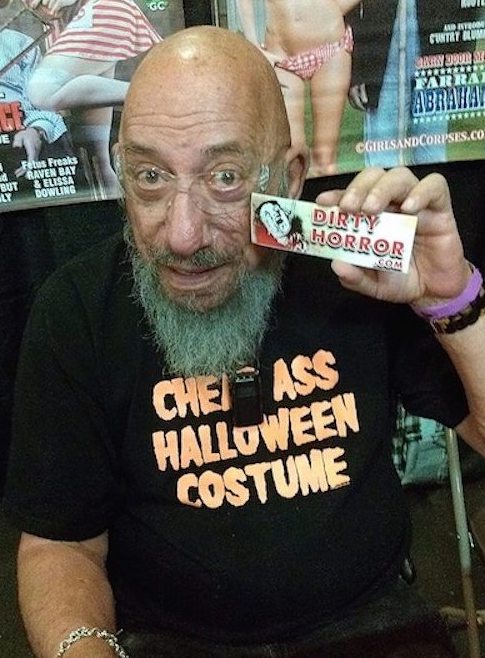 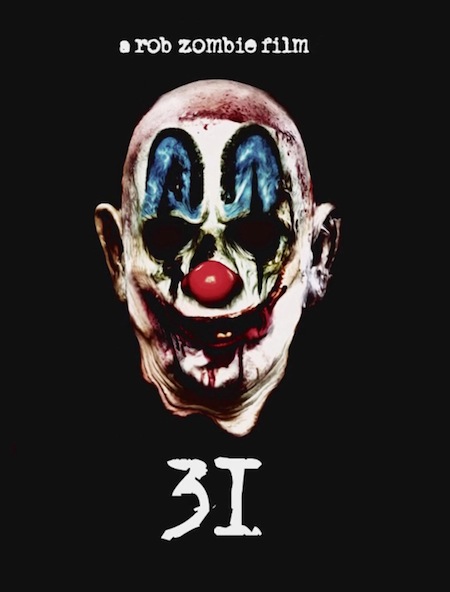 Ok, I’m in.  Even though I’m somewhat deathly afraid of creepy clowns, I can’t help but to get excited when it’s insinuated that a horror movie will revolve around them.  The speculation is running wild on this one though, because the poster is just so damn cryptic.  Rob Zombie did confirm that the title is 31, even though the letter ‘I’ on the poster is a bit confusing, so we can get that speculation about the title out of the way.

First thought that pops into my head is a Captain Spaulding prequel, based on the fact that the face paint on that clown up there is very similar to his.  But I don’t think that’s what we’re getting here. Second thought is that considering it’s called 31, it could be a Halloween-themed outing, but maybe not in the Michael Myers realm (this has somewhat been confirmed on some sites according to word from Mr. Zombie himself). 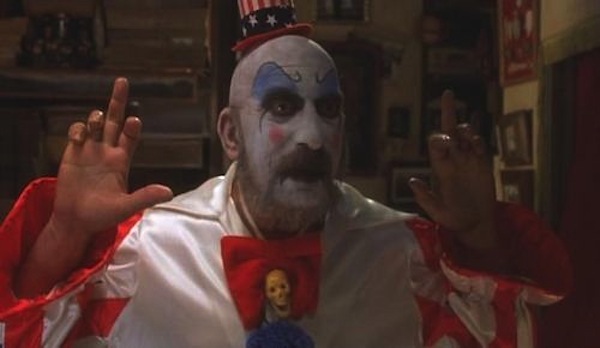 So let’s say that it is a Halloween-themed movie.  And let’s say that this creepy ass clown is our main villain.  And let’s also say that Rob ditches his art house cinema dreams that were prevalent in The Lords Of Salem, and goes back to his true old school horror ways that made House Of 1000 Corpses enjoyable. Well, if you add all of that up and carry the 1, then in my horror opinion we’ll have something that will make true horror hounds and Rob Zombie enthusiasts very happy.  Time will tell I suppose, but I for one am excited that Rob Zombie seems to be going back to his roots with 31.  Now if only he can kick that nasty habit of putting Sherri into all of his movies……