If you’re a horror memorabilia collector and have been searching for a giant inflatable corn on the cob from 1995’s Children Of The Corn III:  Urban Harvest, I’m hear to announce that it’s your lucky day!  Yes, due to my excessive amount of free time, I tracked down this gem that’s going for only $149.99 on Ebay right now!

Now that’s what I call A-MAIZE-ING!  Not only is this item the perfect find for the biggest Children Of The Corn enthusiast, but also perfect if you’ve wanted to have a piece of memorabilia from Charlize Theron’s first movie role!  That’s right, she was in this piece of shit.  It was an uncredited role mind you, but a role nonetheless and she would go on to pave the way for Naomi Watts and Eva Mendes.  They starred in some later Children Of The Corn sequels that were all shitty as well.

Let’s get back to the inflatable corn on the cob though.  Now, at the time of this posting, you only have 24 days and 1 hour to snatch this rarity up.  Which gives you plenty of time to find the ridiculous amount of money that’s being asked for it.   To buy though, you need to go HERE.  And as a sign of a good seller, this guy is going to deflate it before sending it to you!  What a kind gesture!  The only problem with that though, is that you’ll have to do all of the work yourself after it arrives in the mail.  But think of the reward you’ll have after that last bit of air is pumped in.  A giant inflatable corn on the cob from a terrible sequel that you can show off to your friends so they can make fun of you.  Happy Bidding! 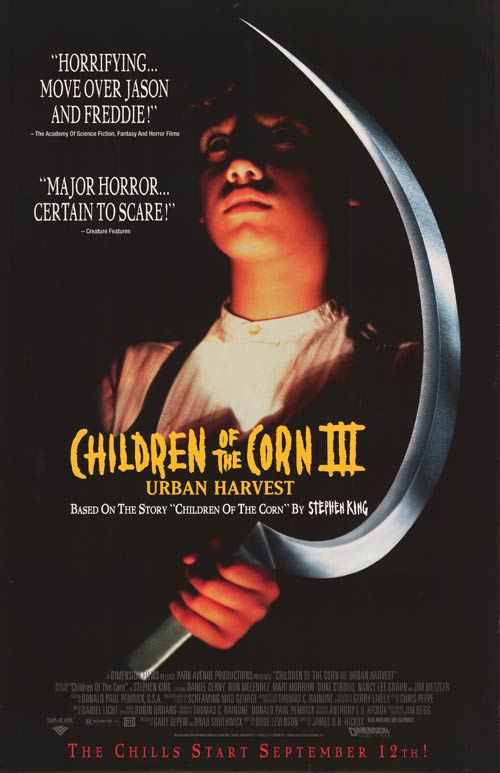