Sometimes if you are a young kid growing up in a small town, you feel the need to want to kill anyone over the age of 18 to appease a religious entity so you can have a full and healthy corn harvest for the year.  A bit excessive?  Yes.  But think of all of that delicious buttery corn you can eat because of it!  Sometimes, corn isn’t important though and hair is.  A random sentence, sure, but when you’re talking about a hair specimen as glorious as the one on top of Malachai from Children Of The Corn – you’ll let all of that randomness slide. 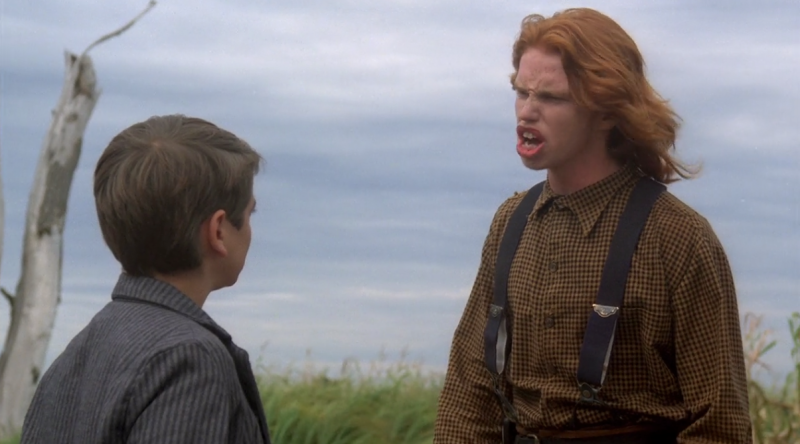 Issac can’t even concentrate while Malachai is yelling at him because his hair his so hypnotizing and magnificent.  Bonus points for it being red btw.  I’m almost half-waiting for Issac to bring some shampoo up into the shot and “Feel the rain on your skin….” to start playing in the background.  Sure, Malachai was pretty scary in Children Of The Corn – but his hair definitely was not.  So without further adieu, it gives me great honor to induct Malachai aka Courtney Gains into the class of Great Moments In Horror Hair History! Now all of you outlanders get out of this post! 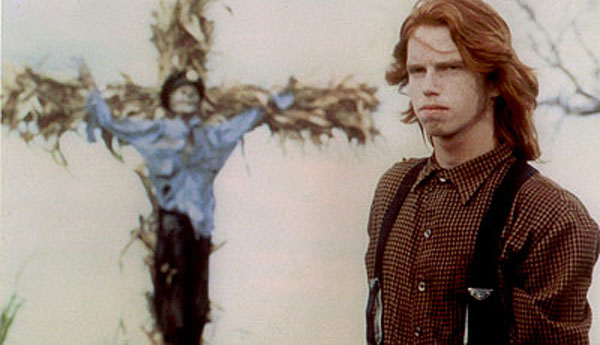 They really don’t make them like Children Of The Corn II: The Final Sacrifice anymore.  Actually they do, I’m just trying to build this post up to be bigger than it actually is, when honestly I’m just going to show you a clip of an old lady getting hit by a truck.

Welcome to Sunday Bloody Sunday where as you already know, I’m spotlighting a scene from the awful but enjoyable Children Of The Corn II: The Final Sacrifice.  This was indeed the first of many sequels to the original Children Of The Corn movie from 1984.  The clip involves a group of the town’s cult kids with their leader Micah, stalking an old lady in a wheelchair with a remote control car.  What happens next of course, is both tragic and pretty hilarious:

Yep.  That might be the worst, but maybe best, dummy I’ve ever seen in a horror movie.  They really just didn’t give a shit, did they?  Oh well, it makes it all the more enjoyable because I don’t think Children Of The Corn II is supposed to be taken that seriously.  I will have to admit that this forgotten sequel has some pretty good death scenes to make up for it’s lack of acting and plot.  Case in point, this nifty little clip below that shows the power of Micah and his wooden voodoo doll.  And in church nonetheless!  For shame, Micah.  For shame. 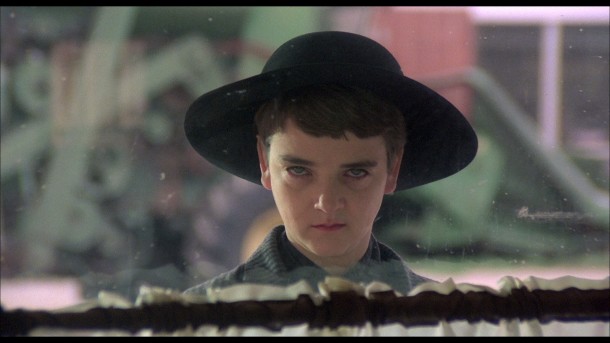