Back in the days, Fangoria Magazine was my version of Playboy.  No boobs, but lots of blood and guts.  So imagine my pleasant surprise when I was perusing through the Youtube world and found this rare promotional video for Fangoria done by none other than Mr. Phantasm himself, Angus Scrimm!  So enjoy the nostalgia below and watch as Angus tries to persuade you to subscribe to the magazine or else suffer the fate of the dreaded silver ball! 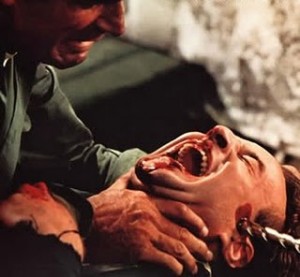 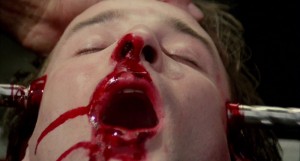 I was sitting here thinking about how I got introduced to the world of horror and it finally came to me…..my Dad woke me up one day and scared the shit out of me with a Gene Simmons Kiss mask on when I was 5 years old – no wait, I’m thinking of Happy Gilmore’s grandma from that movie – although my Dad would end up creeping me out later in life with a cheaply made Santa Clause beard and mask that still haunts me to this day. 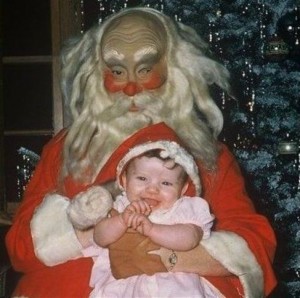 But no, my first real introduction to horror was watching Night Of The Living Dead on my Grandma’s rabbit-eared TV in her kitchen after eating some chicken and polenta.  It frightened me, to the point where I constantly looked out of my front window across the street of my house to the cornfield to see if any zombies were coming to eat me or some bugs off of our trees (sidenote: that cornfield has now been turned into a lovely row of houses).  And from that point on, I was fully immersed into the world of horror.    END_OF_DOCUMENT_TOKEN_TO_BE_REPLACED