I was a bit of a late bloomer with the whole American Horror Story phenomena, but I’m happy to say that I’m officially a member of the board and am really looking forward to the new season which revolves around witches. Maybe Rob Zombie can learn a thing or two?  Sorry Rob, still love ya.  But anyway, the premiere episode for American Horror Story: Coven will be October 9th on FX and the story arc for the season has been released as well!  Read below for more:

“Over 300 years have passed since the turbulent days of the Salem witch trials and those who managed to escape are now facing extinction. Mysterious attacks have been escalating against their kind and young girls are being sent away to a special school in New Orleans to learn how to protect themselves. Wrapped up in the turmoil is new arrival, Zoe (Taissa Farmiga), who is harboring a terrifying secret of her own. Alarmed by the recent aggression, Fiona (Jessica Lange), the long-absent Supreme, sweeps back into town, determined to protect the Coven and hell-bent on decimating anyone who gets in her way.“

Yeah.  Can’t wait for this.  Witches haven’t really gotten the shine that they should have in my opinion, so I’m glad they’re going this route.  Stay tuned for more info and mark that calendar for October 9th! 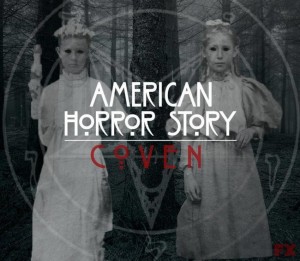 Not apologetically, I can say that I liked House Of 1000 Corpses for the craziness that it was and I honestly loved the sequel, The Devil’s Rejects and felt it nailed the dirty retro vibe it was going for.  We’ll just forget about the Halloween movies for now though and move along to the present.  Basically, I was excited about The Lords Of Salem because it was giving Mr. Zombie a chance to give us something original again, and who doesn’t love a good horror movie about witches?  My expectations going in weren’t super high, but they were up there, and when I walked out of the theater, I think I exhaled about 4 times because I literally was deflated by what I had just watched.  And needless to say, that’s a big problem.   END_OF_DOCUMENT_TOKEN_TO_BE_REPLACED