Confession:  I don’t like cats.  There, I said it.  I’m a dog kind of guy and no offense to cat owners, but cats are definitely on the bottom of the pet totem pole for me.  And do you know why?  Because they can become murderous felines that literally jump down my throat and eat my insides!  And also, I’m allergic to them.

Welcome to Sunday Bloody Sunday where I’m going to give a little love to the crazy fucking cat from the Tales From The Darkside movie.  That’s right, in 1990 there was a movie based on the super-awesome TV show of the same name.  The big-screen version was ok, with the highlight probably being these scenes from the story, Cat From Hell, which involved some pretty impressive practical effects of the cat getting all down the throat of Buster Poindexter. 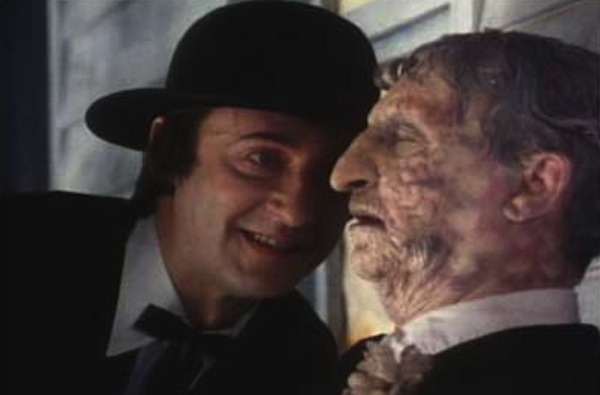