Most horror movie characters come and go.  Literally.  Because most of them die.  But one horror movie character stands the test of time.  A character so phenomenal…..so monumental…..so great in his white suit as he fights demons and tells people to “Smash everything! Smash everything!” that he deserves all of this praise and more.  Feast your eyes and ears on the man….the myth…..Tony The Pimp from 1985’s Demons!

First off, much praise to whoever put that compilation up on Youtube.  Second, Tony The Pimp is played by actor Bobby Rhodes – so he obviously deserves most of the credit here.  And thirdly, how can sideburns be so devastating?  Tony The Pimp’s sideburns are no ordinary sideburns, that’s why.  He’s pretty much the black Chuck Norris.  Whether he’s kicking in a door because there’s no need for anything else or schooling a group of people on what an ‘Instrument Of Evil‘ is – Tony The Pimp lights up the screen and not just because he’s wearing that white suit.

The dubbing is a fantastic touch as well.  So get up out of your seats…..wave your hands in the air like you just don’t care…..and if you got on clean underwear, make some noise and show your love for Tony The Pimp!  And go watch Demons again because it’s an amazing movie. 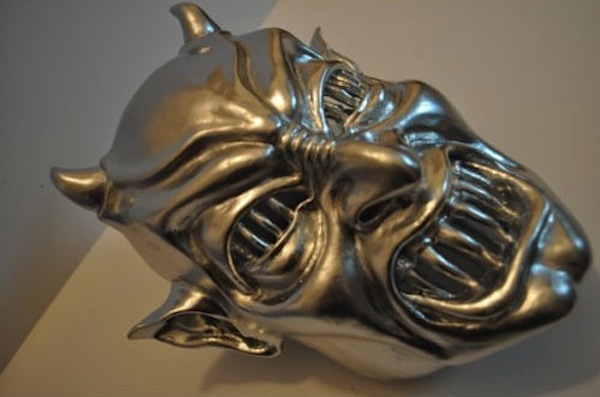 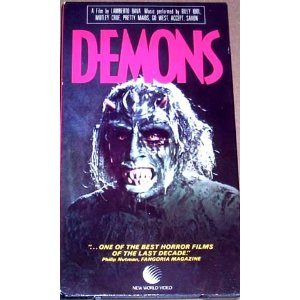 So, everything was going along so nicely – the bad dubbing, Tony The Pimp (who hadn’t really had any golden lines up to this point), the blind guy who wouldn’t shut up…..Oh, but I wonder what’s going to happen after that girl put that mask on in the lobby and cut herself!?  Yep – here we go.   END_OF_DOCUMENT_TOKEN_TO_BE_REPLACED