When I first heard that Eli Roth’s Cabin Fever was being remade, I had to do some serious math in my head.  Add the 2, multiply the 4, carry the 3 and……holy shit – it’s been almost 15 years since it was released!  Even though that seems like a somewhat high number and makes me feel slightly old, I’m not sure it’s long enough to warrant the remake treatment.  But with Eli Roth’s blessing and guidance, writer Randy Pearlstein and director Travis Zariwny set out to accomplish just that, with early news breaking that they would ‘put their own spin’ on Roth’s original.  Well they must have been drinking contaminated water when they said that, because the only spinning going on here is from your head wondering why this was even made.  Harsh?  Yeah.  So let’s get into it.   END_OF_DOCUMENT_TOKEN_TO_BE_REPLACED 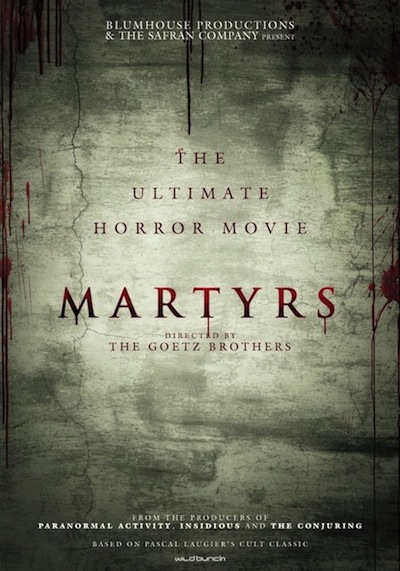 Nothing gets the week started like a good beheading clip from a horror movie. Lucky for you, I’ve got a doozy this time!  Bonus points that it involves Owen Wilson for all of you Owen Wilson haters out there.

I think my favorite part of that clip from The Haunting is Liam Neeson’s reaction after Owen Wilson gets his head lopped off.  Kind of hard to upstage a decapitation, but Liam Neeson almost does it.  By the way – that carpet ride that Owen took before his grisly demise looked fun!  Minus getting tossed like a rag doll and then losing a noggin from a giant stone lion sculpture of course. If you haven’t seen this movie (which is a remake of the original and superior 1963 version), then you’re not missing much and I pretty much just showed you the best part.  Your welcome. 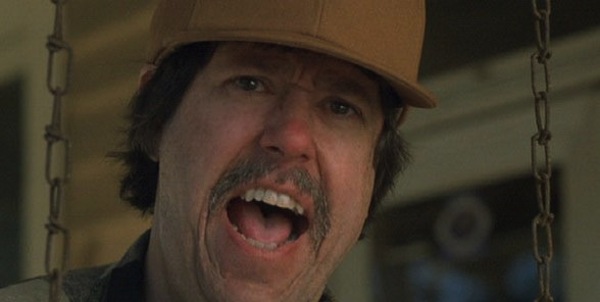 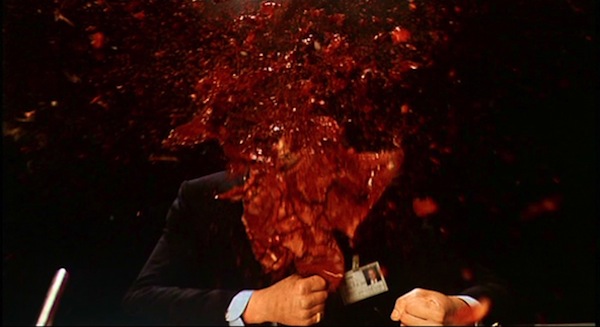 Ok – I had to get that out of the way real quick.  Word broke a few days ago that after the massive success of the last Cabin Fever sequel called Cabin Fever: Patient Zero, a remake of the original 2002 Eli Roth movie is in place instead of another fantastic sequel.  In case you’re not up on the sarcasm these days, that last sentence was drenched in it.

I get that people need to make money in these hard times.  I myself have a nice little side business going with selling old Garbage Pail Kids stickers on Ebay right now, so I understand that the struggle is real.  But why oh why do we have to even attempt to remake movies that are only 12 years old?  It stings even more for me with this one, because I honestly love Eli Roth’s original Cabin Fever.  The movie gave me an excessive fear of karate-kicking kids who like to yell “Pancakes!” and a fear of shaving my legs if I ever did shave my legs.

No matter how much bitching I or anyone else does, it seems that quite possibly the most unnecessary horror remake ever (in terms of time between the original) will be happening for sure. Maybe for this one, they’ll get another star of The Goonies to get onboard to drum up interest since Sean Astin starred in Cabin Fever: Patient Zero and that did so well.  But nope, not even the ‘Truffle Shuffle’ will be able to save this remake from the impending doom that surrounds it and everyone involved.

I take this time to plead to Eli Roth if he has any say at all, to not allow this to happen.  In the meantime while that pleading takes place and we all try and wash the taste out of our mouths of this terrible news, let’s watch that karate-kicking kid hop around and yell “Pancakes!” to make our day better:

So, you’re girlfriend is tied together between two semi trucks while a homicidal maniac played by Rutger Hauer controls her fate with his foot.  What do you do?  If your reply was to do nothing and let that homicidal maniac call you a “useless waste” while he tears the love of your life in two, then you’ve either seen 1986’s The Hitcher or you’re just a heartless piece of sh*t.

Welcome to this week’s Sunday Bloody Sunday where I’m highlighting one of my favorite horror death scenes of all time that actually isn’t that bloody at all.  Yes, I’m talking about the infamous truck scene from The Hitcher (the original, not that toilet paper worthy remake).  To make up for the lack of blood, there are squishy sound effects to accentuate the scene nicely and imply the ‘girlfriend ripping’ carnage.  So click below, and enjoy watching Rutger Hauer chew some scenery:

Meh.  I have a feeling there are going to be a lot of those in this review.  I really hate pointless remakes, especially when dealing in the horror genre.  Trying to keep an open mind can be tough when a remake is in the works, and my mind was already three-fourths closed when the remake was announced for 1976’s horror classic, Carrie.  Yes, the movie where the term ‘dirty pillows’ was introduced along with pig’s blood at the prom.  Directed by Brian De Palma with Oscar nominated performances from Sissy Spacek and Piper Laurie, the original Carrie stands the test of time based off of those performances and it’s vivid and intense imagery throughout.  So what about the remake?  Does it do the original justice?  Does it add anything new?  Meh.    END_OF_DOCUMENT_TOKEN_TO_BE_REPLACED